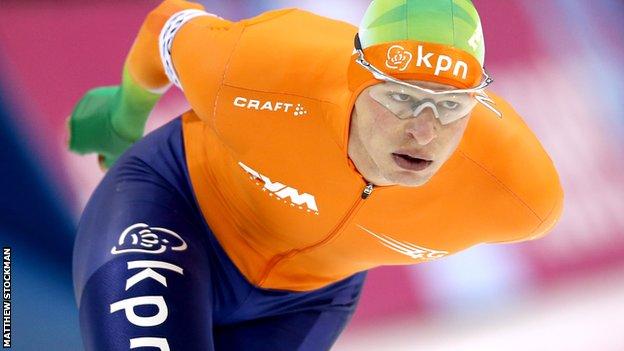 Kramer has utterly dominated long-distance races outside of the Winter Olympics.

In 2010, Kramer made headlines for his angry reaction when, immediately after winning the 5000m, an NBC reporter asked him to identify himself, his country and the event he had won. Incredulous, he responded: "Are you stupid?".

American media could not resist asking "who is stupid now?" after Kramer was stripped of 10,000m gold, having incorrectly changed lanes on the advice of his coach Gerald Kemkers.

Kramer has an added incentive to win multiple gold medals - in order to overtake long-term girlfriend Naomi van As, a field hockey player who won Olympic gold with the Dutch team in 2008 and 2012.