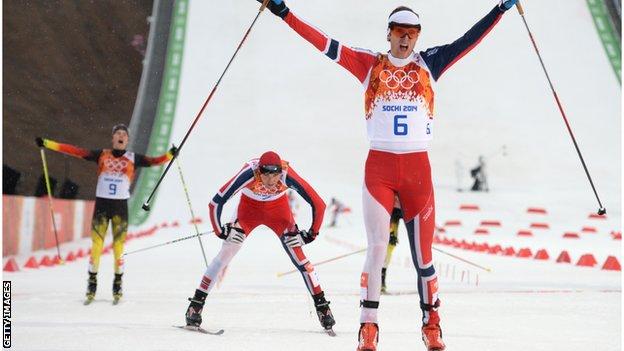 The 22-year-old placed sixth in the ski jump portion of the combined event, leaving him plenty of ground to make up after the staggered start of 10km race.

However, a time of 22 minutes, 45.5 seconds was enough to claim his first Olympic medal.

Riessle finished ahead of his team-mate, combined normal hill champion Eric Frenzel, who had been the favourite going in to the event but who contracted flu in the days before the race.

Despite finishing first in the ski jump, Frenzel fell behind in the cross-country race and finished in 10th place.

Conditions were difficult after a morning of snow, sleet and rain, and the lanes were crowded in the battle for first place over the final metres of the race.