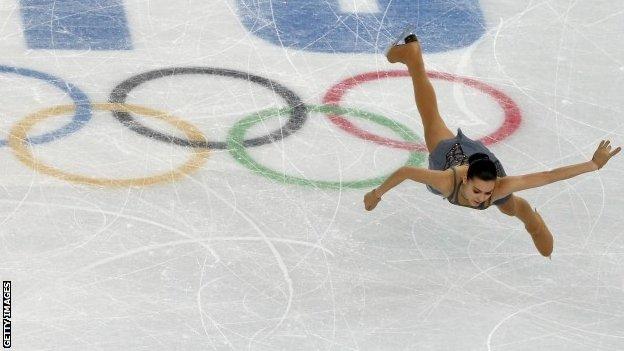 Adelina Sotnikova became the first Russian to win gold in the Olympic women's figure skating with a superb performance in the free programme.

The 17-year-old former world junior champion scored highly on the technical elements to finish with a score of 224.59.

Vancouver champion Yuna Kim of South Korea led after the short programme but had to settle for silver.

Lipnitskaya was considered the more likely of the Russians to end the host nation's drought in the event, but she fell both in the short and free programme, scoring a total of 200.57.

Kim, 23, produced a superb artistic display but a technical score of only 69.69 - compared to Sotnikova's 75.54 - denied her chance to become the first person since German Katarina Witt (1984 and 1988) to retain the women's title.