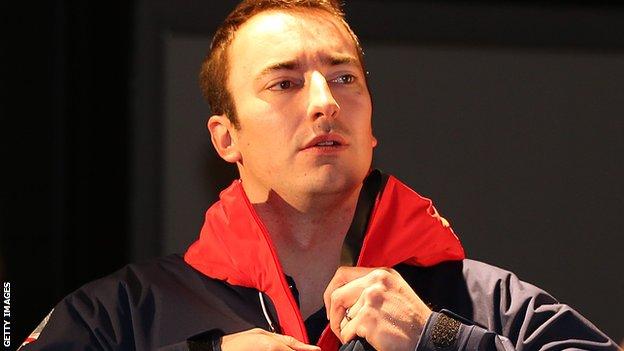 Pickering had to withdraw from the Games with a back injury.

Baines was already in the four-man team, but will now also compete with Lamin Deen on 16 and 17 February.

The duo have raced together as GBR2 in the two-man event in the Americas Cup this season and achieved a number of top-10 results.

Baines said he felt sorry for Pickering: "Spending so much time with Craig, racing and training with him, and then for him to go down at the last minute has affected us all as a team.

"We had such a good bond together , it's been quite a sad week.

"But on the other hand, I get to do the two-man as well as the four-man, so I'm quite happy.

"The training camp in Germany has been amazing and allowed us to train a lot harder than if we were at the Olympic village."

Deen said he was "devastated" to hear Pickering was out but added: "It is bittersweet, my heart is broken for Craig but we have four men in the team and I have worked closely in the summer with John and I'm quite confident that he can put in a great performance."

Pickering, a former sprinter who competed in Beijing in 2008 but missed out on London 2012 through injury, said his sporting career may now be over.

A decision on who will replace Pickering in the four-man still has to be made public, with the event on the final weekend of the Games.