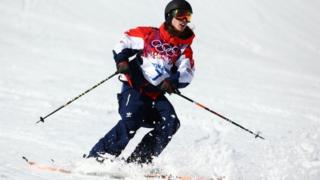 GB's Woods fifth as US dominate

Great Britain's James Woods finishes fifth in the men's ski slopestyle final with a best run score of 86.60, as the United States claim all the medals.

The 22-year-old sat fourth after the first run but could not better his score at the second attempt, and slipped a place as America's Gus Kenworthy found his form late on.