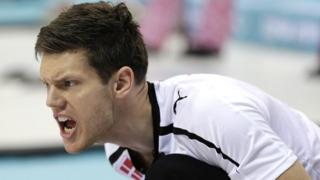 Great Britain's men's curling team claim a tense 8-6 win after Denmark failed to score with the final stone of the match.

Denmark lead 5-1 at the halfway stage of the game, but GB lead 7-6 going into the final end with the hammer with their opponents.

The team, led by David Murdoch, have won five games out of six to put themselves in a strong position to make the semi-final with three games remaining.