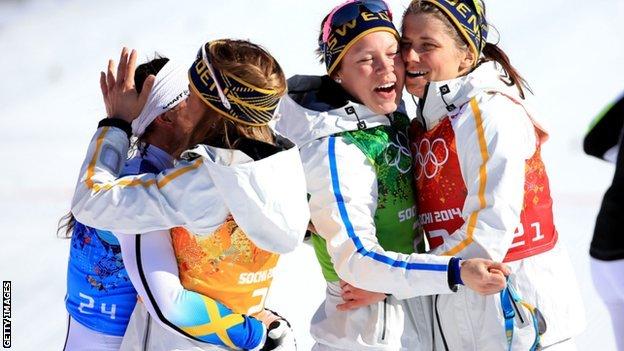 The Swedish women's team have won gold in the cross country relay for the first time since 1960.

Sweden finished half a second ahead of Finland in a time of 53 minutes 2.7 seconds. Germany took the bronze medal.

Defending champions Norway were cut adrift early on and even four-time gold medal-winner Marit Bjoergen could not bridge the gap. They finished in fifth.

A late burst from Charlotte Kalla saw the Swedes recover from third in the final metres of the 4 x 5,000 km relay.

The 26-year-old has already won two silver medals in Sochi, finishing behind her Norwegian rival Bjoergen in the 15k skiathlon.