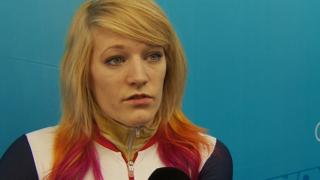 Great Britain's Elise Christie says she is "gobsmacked" after she was penalised for the second time at the Sochi Olympics and forced out of the short track 1500m in the qualifying heats.

Christie, who was speaking before the judges had explained their decision, finished the race in first but was deemed not to have crossed the official line marked in the ice. She was wide by 1cm.

The decision came two days after she was penalised in the 500m final, in which she had finished second.

Christie also reveals she has been the victim of cyber abuse during the Winter Olympics.

PFA chief Taylor to stand down