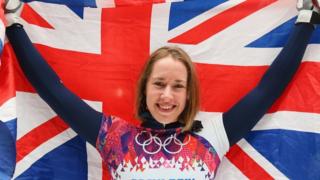 BBC Sport looks back at Great Britain's ten gold medal triumphs at the Winter Olympics since the inaugural Games in 1924.

Stay across all the Sochi action with BBC Sport.