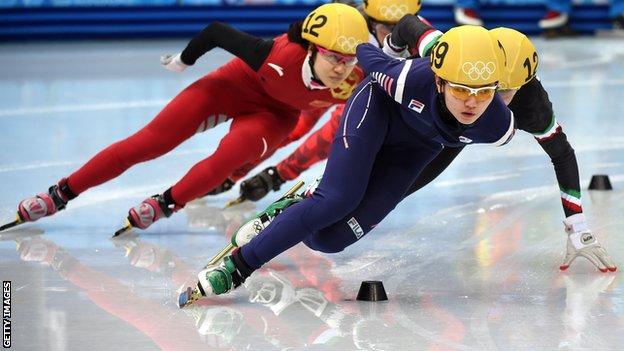 Defending champions China were later penalised, handing silver to Canada, after Shim Suk-hee boldly overtook on the outside to win the race for Korea.

Revenge was sweet for the Koreans, who had lost gold at Vancouver 2010 after a penalty for impeding the Chinese team.

Italy picked up bronze with the Chinese quartet relegated to seventh place.