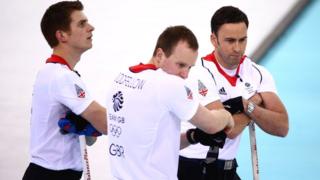 Great Britain's men's curlers have to settle for a silver medal after they are are outplayed in the men's curling final at the 2014 Winter Olympics in Sochi.

David Murdoch's team struggled throughout and were never in front as the reigning Olympic champions put in a commanding performance to win 9-3.