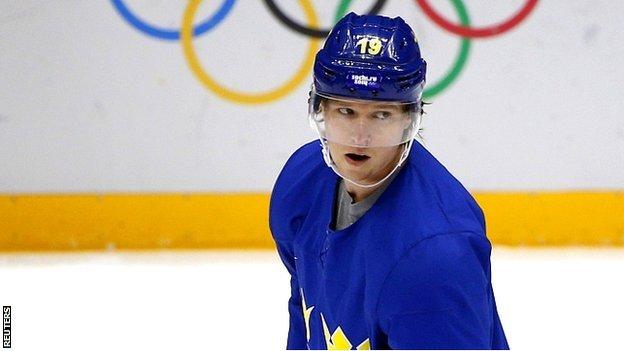 Austrian cross-country skier Johannes Duerr was revealed on Sunday to have tested positive for blood-boosting drug EPO before the Games.

He had been due to be a seeded starter in Sunday's final cross-country event.

I have absolutely nothing to hide

Backstrom was pulled out of Sweden's ice hockey final against Canada after testing positive for a substance found in an allergy medication.

The 26-year-old, who plays for the Washington Capitals in the National Hockey League in North America, is a star player for his national side, and in his absence Sweden lost 3-0 to Canada in Sunday's final.

"I have absolutely nothing to hide," said Backstrom. "I have allergy problems, and I have been taking Zyrtec-D for many years, and it was a little shocking to me to be honest with you.

"I feel like I haven't done anything differently now than the last seven years. I've been playing internationally for many years and I haven't seen this before.

"I was ready to play probably the biggest game of my career, and two-and-a-half hours before the game I got pulled aside. I was very sad, and honestly I felt bad for the guys.

"Lots of guys were in the locker room when they called me out."

Duerr tested positive for EPO, or recombinant erythropoietin, which belongs to class S2 on the prohibited substances list.

After being caught and subsequently sent home, the 26-year-old apologised for letting down all the people who had helped and supported him during his career.

"There's nothing left for me than to apologise to everyone - to my family, my wife," Duerr told Austrian TV ORF.

"For me the main thing is simply all the people I disappointed. Yes, I can't make it good again but I would just like to apologise."

Duerr also admitted to being relieved that everything was now out in the open.

"So many people worked their butts off for me and I disappointed them with my stupidity," he said.

"First of all I would simply like to apologise and everything else, all further steps, we'll see what comes my way. I don't know myself yet. Part of me is happy that it came to an end."

Austrian Olympic chief Karl Stoss said the news had "shocked" him, adding: "Johannes is a great guy, so I don't understand how it could happen."