Curling has taken the Winter Olympics by storm. Late nights and early mornings have become the norm. Even the A-Team's Mr T has become a fan. It combines strategy, skill, teamwork - and a lot of shouting.

How much do you really know about curling? 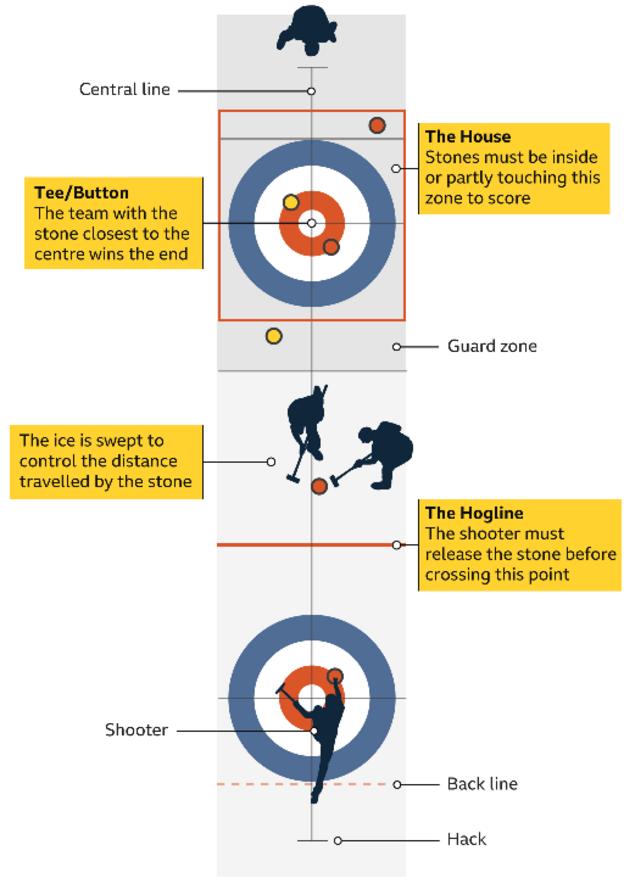 It's like lawn bowls on ice, with the objective to get more stones nearer the centre of the scoring area (house) than your opponent. Ten teams of four curlers compete in the men's and women's events, which begin with a round-robin stage.

Teams have eight stones each and take it in turns to try and score the most points. At the conclusion of an end, the team with the stone closest to the button wins. They are awarded one point for each of the stones lying closer to the button than their opponents' stone.

A game usually consists of 10 ends but if it is still level after then it can go to a tie-break.

It sounds very technical but the end game is simple; get the stone closest to the centre.

Members of a curling team

Matches are played on rinks and contested by four players on each side:

Lead: Throws the first two rocks of the end and then sweeps the next six. They must be very good at throwing guards (stones that stop in front of the house) and be a strong sweeper.

Second: Throws the third and fourth stones of the end and should be strong at making take-outs (hitting an opponent's stone off the sheet). They sweep the first two stones and then the final four of the end and usually have a good sweeping relationship with the skip.

Third (or vice-skip): Throws the fifth and sixth rocks of the end, must be good at all shots, but especially draws (stones that stop in the house). It is the third's job to set up the shots that will be thrown by the skip, and to help the skip discuss the strategy of the final two stones of the end.

Skip: Captain of the team and decides strategy. It's their job to tell the other players where to throw their shots and when to sweep. The skip also delivers the last two shots of the end so they must be good at all types of shots.

Curlers can cover 5km during a game and burn up to 1,800 calories, which is nearly the recommended daily intake for women.

How do I get involved?

If you fancy giving curling a go, then take a look at this Get Inspired guide.

More from the Winter Olympics