It's "audience participation", but like you have never seen before.

As the first medals were being won at the Winter Olympics in Pyeongchang, we got our first glimpse of the North Korean "cheerleaders".

Wearing matching uniforms of red, the "army of beauties", as they have been dubbed in South Korea, performed perfectly synchronised routines and songs from the stands, much to the amusement of the crowds and press.

The nation sent a group of more than 230 supporters to the Games to cheer on their handful of athletes.

They created a unique atmosphere in the Gangneung Ice Arena during the speed skating heats.

Meanwhile, a large contingent were in the Kwandong Hockey Centre as the women's tournament got under way.

The supporters cheered from all four sides of the ice rink as the unified Korean women's ice hockey team were hammered 8-0 by a strong Switzerland side.

The women are reportedly selected from prestigious universities and are chosen based on "appearance and ideology".

An enthusiastic leader conducted proceedings as the women were instructed to keep waving their flags throughout the tie, despite their side having very little luck on the ice.

One journalist inside the arena found himself in the middle of it all: 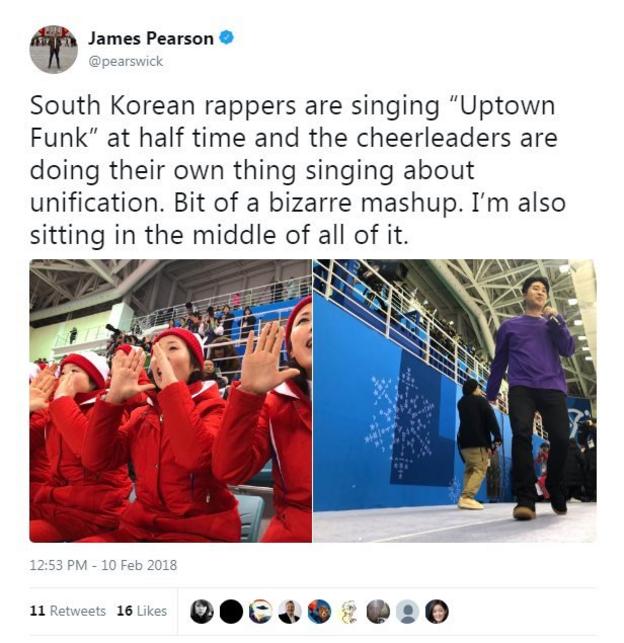