Great Britain's men's curling team are out of the Pyeongchang Winter Olympics after losing their tie-breaker 9-5 against Switzerland.

Kyle Smith's rink, who had to win to secure a place in the semi-finals later on Thursday, led 4-1 after the fourth end and 5-4 after the eighth.

But Switzerland scored a five-point stone in the ninth end to set up a semi-final against Sweden.

"We gave it our best shot but that's the dream over," said Scot Smith.

"It's a sore one. We started off very strong and we put ourselves in a great position. A couple of missed shots were the difference in the game.

"We gave ourselves the chance of making the semi-finals but we couldn't make it happen."

GB won silver at Sochi 2014, although David Murdoch's rink has been succeeded by Smith's.

They spurned a chance to clinch qualification on Wednesday by losing their final round-robin game to the USA, but claimed four points from the opening four ends against Switzerland at the Gangneung Curling Centre.

The Swiss levelled but GB edged back in front before Benoit Schwarz made the decisive play in the ninth end, working his final stone through a gap to push the British stones out of the house.

Britain's coach, Viktor Kjell, said: "I just don't know what happened in that ninth end. We missed four or five shots in a row and you cannot afford to do that at this level.

"I thought we'd almost got away with it and then he plays a pistol shot and walks away with a five."

Canada face the USA in the other semi-final on Thursday.

'A fantastic performance by GB' - analysis

Things were going really well for the guys - they were 4-1 up and in control of the game. They were hitting their shots with precision.

It was one of their best starts of the whole week, but Switzerland seemed to step it up in the second half. GB played solid, clinical curling, but just one or two shots made the difference.

Kyle Smith had to guard GB's two stones in the house. He tried to play the guard, and said to them, 'you have your two', but the guard over-curled by two millimetres probably. If it hadn't, it would have worked well.

Even after he made the shot, GB were happy with it, because it was such a small gap for Schwarz to get it through - it was a stone-wide gap.

Schwarz's shot had to be perfect. He played the line, the weight - what a shot.

They have finished in fifth, halfway up the table, and if they had beaten USA they would have been in the top four. For a first Olympic games for them all, they have had a great week. It is a fantastic performance.

Kyle and the team will go home now and play the winner's of the Scottish Championships for a place at the World Championships. But they'll definitely be back, fighting even harder. 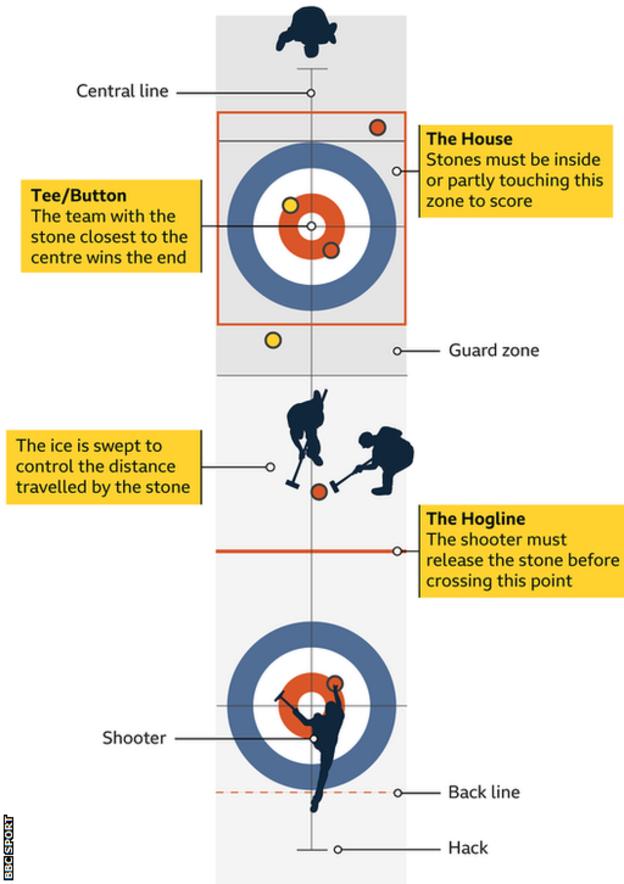