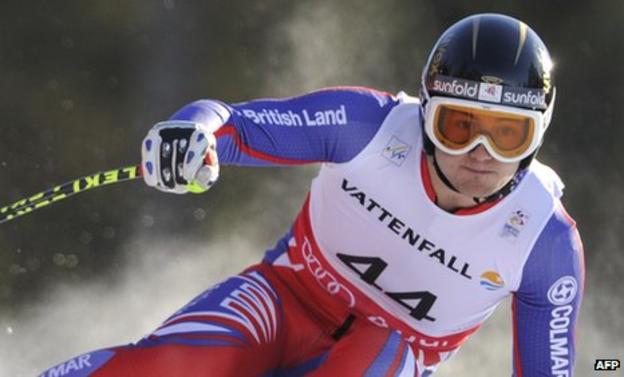 TJ Baldwin, Britain's number one in three Alpine events, has set his sights on a world top 100 ranking - as well as the domestic top spot in downhill.

Baldwin placed a career-best fourth in a Canadian Super G event this week.

"It was a great result. It came as a bit of a shock to be honest," the 21-year-old told BBC Radio Norfolk.

"If I was to score another result like that I'd rise maybe 100 and then I'd nearly be in the top 100 in the world which would be good."

The Tharston skiier's result in the North American Cup in Nakiska, Canada was his best international performance to date, and lifted him to a provisional 171st in the world and first in the British Super G rankings, matching his national standing in Super Combined and Giant Slalom.

"I have my targets set on the number one in downhill next," he said. "I'm number three at the moment but I am skiing faster than the two above me, I just need to score the world ranking points now.

"I am racing in the World Cup at Val Gardena soon so hopefully will get a result there.

"I'd also like to improve my world ranking as much as possible."