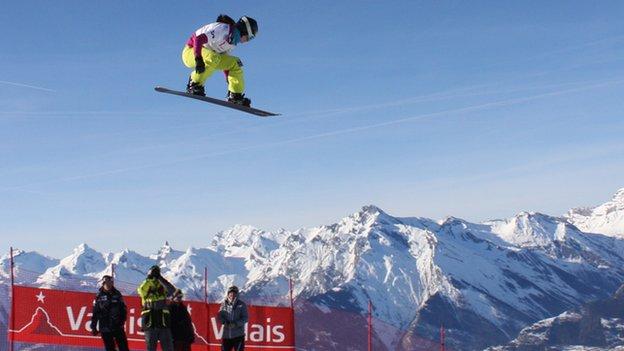 British number one Zoe Gillings missed out on a fourth consecutive final at the penultimate round of the World Cup in Stoneham, Canada, on Tuesday.

The Manx snowboarder qualified fifth fastest for Wednesday's finals but was knocked-out in the semi-final.

She went on to finish third in the small final. "I am disappointed not to reach the final but I am happy with my performance," said the 26-year-old.

The competition was won by the Olympic gold medallist Maelle Ricker.

It was the Canadian snowboarder's first World Cup victory since suffering a broken hand and injured shoulder in a crash at the 2011 World Championships in Spain.

The format for the World Cup event has taken a dramatic change this year, with 24 athletes now qualifying for the heats instead of 16, and each heat featuring six athletes instead of four.