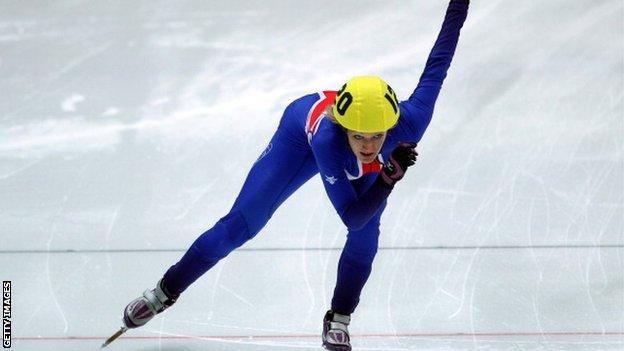 The women continued to win golds in Heerenveen with victory in the 3,000m relay, which featured Christie, Charlotte Gilmartin, Kathryn Thomson and Alex Stanley.

It is the first time in three years that Britain has had an international women's relay team, and after their medal success the team will be looking to qualify for the event at the Olympics in Sochi 2014.