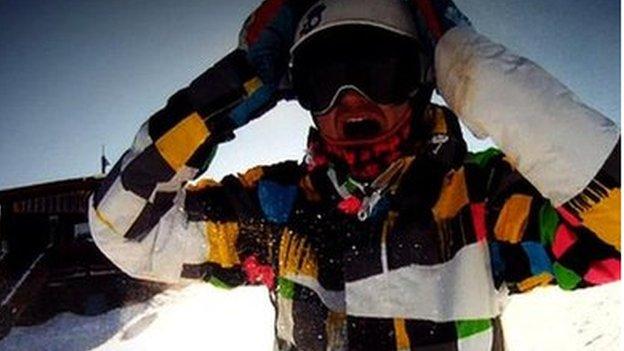 On a specially-constructed ramp at Battersea Power Station, Morgan took the title in the three-run final with an excellent technical trick which consisted of four spins in his second run to beat Italian Marco Grigis and Sweden's Tor Lundstrom.

It was the fifth year of the event and there were strong international competitors in skiing and snowboarding, despite the International Ski Federation cancelling a World Cup there because of financial constraints.

It was instead reclassified as an invitational event and proved to be the biggest win of Morgan's career.

He told BBC Sport: "I feel amazing. I could not be happier. It's my first proper international win. It's crazy, unreal."

Morgan, from Southampton, said he had been scared of the calibre of competitors before the event but had been practising his trick and was pleased it came off.

Earlier this year he had become the first rider to land a triple rodeo. He was one of three British men in the top 10, with Nate Kern placing sixth and Jamie Nicholls coming eighth.

Morgan said he was now concentrating on World Cup events with the aim of qualify for new Olympic event, slopestyle, which makes its debut in Sochi, Russia, in 2014.

In the ski big air, Britain's World Cup gold medallist James Woods was knocked out in the semi-finals by eventual winner Henrik Harlaut of Sweden. Paddy Graham was the highest placed British skier, reaching the final.