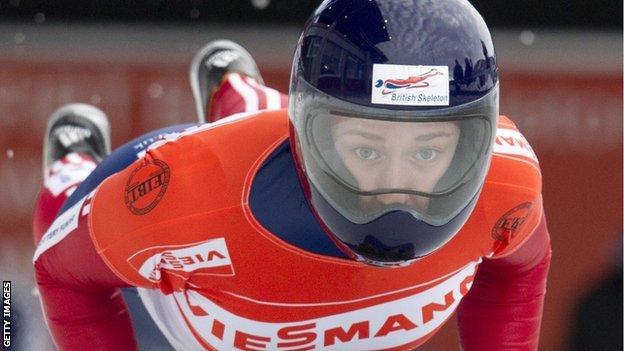 The junior world champion led after the first run but was squeezed from the top spot by 0.01 seconds by new World Cup leader Katie Uhlaender of the United States.

It was the second race of a nine race season, which ends at Sochi, the 2014 Winter Olympic hosts, in February.