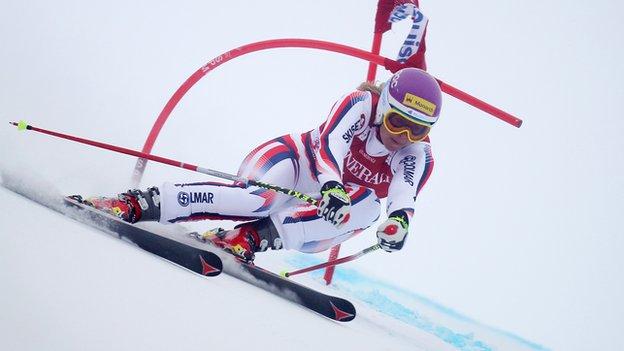 Chemmy Alcott has made a successful return to World Cup skiing after a career-threatening leg break two years ago.

The British skier, 30, finished 25th in the Women's Downhill at Lake Louise in Canada, the scene of her accident during training in 2010.

Alcott, who has five top-10 World Cup finishes to her name, was delighted with her successful return.

"World Cup points in first race back and on THAT hill. YES", she tweeted.

Alcott's safe return at Lake Louise, where she finished in a time of 1:56:20, is good news for British skiing. She is Britain's top-ranked female alpine skier and missed the entire 2011-12 ski season, as well as this season's opening World Cup giant slalom in Soelden last month.

Alcott has little memory of the accident which left her with a bone protruding from her lower right leg but she is is hoping a strong season will give a chance of going to the 2014 Sochi Winter Games.

America's Lindsey Vonn won the competition in Canada in a time of 1:52:61.