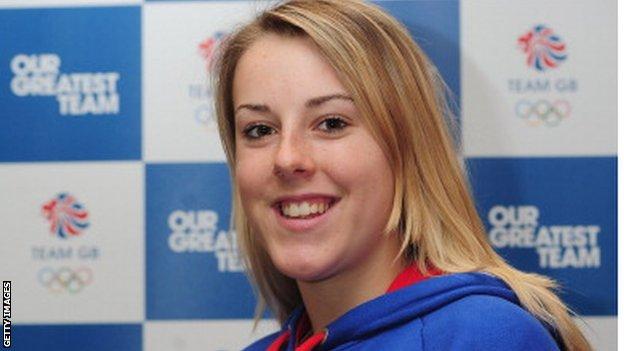 Katie Summerhayes became the first British female skier in 19 years to make a World Cup podium when she won a silver in slopestyle in Switzerland.

The 17-year-old Sheffield freestyle skier recorded her best career result after being out injured for six months with a serious knee injury.

Summerhayes said: "To finish second in my first event back is just amazing."

Jilly Curry in aerials was the last woman to reach the podium in 1994.

Summerhayes said she had been inspired in her recovery by fellow Sheffield skier James Woods, who has won two World Cups already this season, and finished 10th in the men's event in Silvaplana.

She added: "It is great to get on the podium so soon after my injury.

"Woodsy is my best friend so to see him win two World Cups made us all so proud, and definitely gave us the belief that we could also reach the podium.

"It's a really exciting time for the GB freestyle team right now with Sochi coming up next year. I've always wanted to go to the Olympics and after today it seems closer than ever."

Woods, who claimed bronze in the X Games in Aspen, leads the World Cup slopestyle rankings.

Slopestyle will be making its Winter Olympic debut in Sochi in 2014.