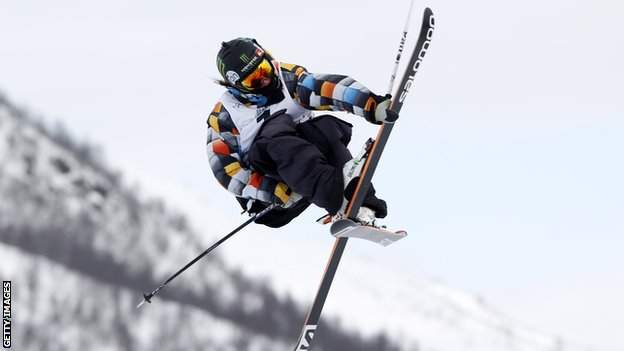 Britain's James Woods made a surprise exit from the European Winter X Games in Tignes, France, as he failed to qualify for the ski slopestyle final.

The 21-year-old, from Sheffield, won bronze at the American version of the event in Aspen, Colorado, in January.

But he was 14th out of 16 competitors in France with a score of 40.33, having fallen on the first of two runs.

American Goepper finished bottom of the elimination-round table after managing a best score of 30.66, while Sweden's Harlaut was 15th with 32.00.

Only the top eight qualified for the final on Thursday.

New Zealand's Jossi Wells finished top in the elimination round with a score of 91.33, with Russ Henshaw of Australia second on 89.33 and Gus Kenworthy of the United States third on 85.00.

Woods, who has won the first two World Cups of the season, is one of the medal favourites in the 2014 Winter Olympics in Sochi, Russia, where slopestyle will make its Olympic debut.

In the sport, skiers and snowboarders are judged on the speed and execution of the tricks they perform on jumps, rails and boxes.