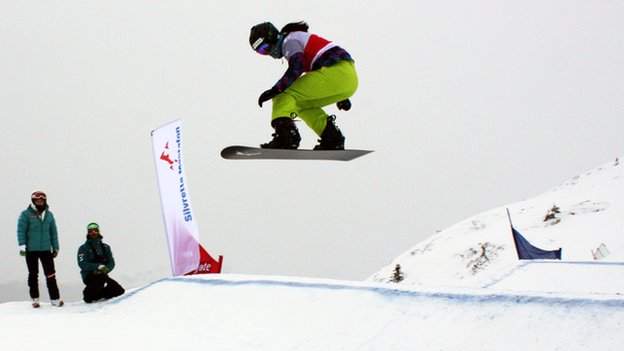 British snowboard cross rider Zoe Gillings finished 10th in the final round of the World Cup in Sierra Nevada, Spain.

After qualifying fifth she battled through her quarter-final before being knocked out in the semi-final.

The 27-year-old from the Isle of Man finished fourth in the small final to finish the series in tenth.

She said: "It was a tough course with some massive jumps so I am happy to finish the season injury free."