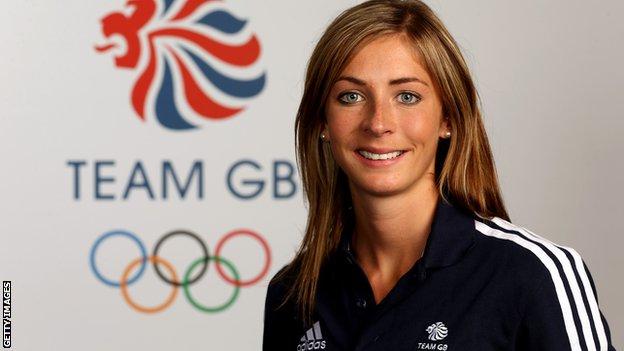 Skip Eve Muirhead will once again be joined by Claire Hamilton, Anna Sloan and Vicki Adams in Russia in February.

Gregor Ewan, Tom Killin, Aileen Neilson and Bob McPherson make up the team for the Paralympics in March.

It will be a second Olympic experience for Muirhead, 23, who led Great Britain to a seventh-place finish in Vancouver four years ago.

Muirhead's rink won European gold in 2011 and beat Sweden in the final of this year's World Championship in Riga.

"Having won the Worlds this year, we want to continue our winning streak," said Muirhead.

"It's not often we get to compete as Team GB and, as proud as we are to compete for Scotland, it's great to be part of a British team, too."

Hamilton, who plays lead, described it as "a dream come true" to earn selection for Sochi, while second Adams said: "All the hard work that has been put in by the team over the last two years has really paid off."

Sloan, who operates at third, said the selection was an "honour".

"We have been working very hard throughout the off-season, both on ice and in the gym, and are now ready to start the competition period in the build-up to the Games to ensure we are at our peak level of performance," she said.

Howie is now the women's head coach and is hoping to use her experience to guide the rink to success in Russia.

"Competing at an Olympics is the highlight of any athlete's career and I'd like to congratulate each of the girls on their selection," said the 46-year-old. "They're a very talented team and they all richly deserve their places on the flight to Sochi."

Congratulating the first members of the team to be announced, Mike Hay, Team GB's chef de mission, added: "They are reigning world champions and earned the right for Team GB to be represented at Sochi 2014 with their performances at the past two World Championships.

"The 2013 season was their best ever, so they know how to win and what it takes to be successful at major events.

"With Eve skipping the rink, they also have Olympic experience to draw on from Vancouver 2010, so they are well equipped to challenge for medals in Sochi."

It will be the fifth Paralympics at which Killin has represented Britain.

He was part of the wheelchair curling team at both Vancouver 2010 and Turin 2006, where the team won silver, as well as the 1980 and 1984 Games, where he competed in wheelchair fencing.

Killin said: "This will be my fifth Paralympics and I am as excited today as I was on my first selection for Arnhem 1980."