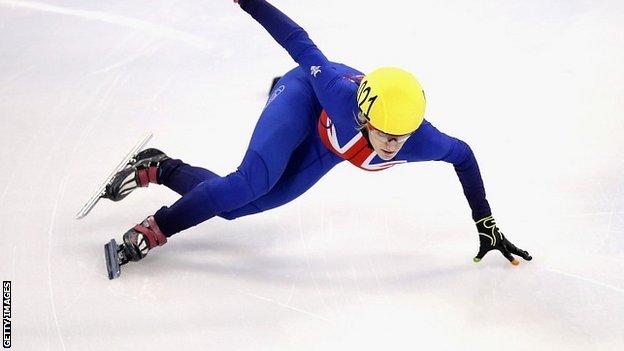 Britain's Elise Christie suffered a setback in her Winter Olympics build-up when she failed to qualify for either the 500m or 1500m final in the short track World Cup event in China.

Team-mate Charlotte Gilmartin was seventh in the 1500m semi-final.

Richard Shoebridge was fourth in his 500m quarter to miss out on the semis.

Gilmartin and Alex Stanley were unable to progress from their respective 500m and 1500m heats.

Christie, the 1,000m World Cup champion, will compete in Sunday's quarter-finals for the 1,000m after winning her heat on Thursday.

However, Great Britain's women's 3,000m relay team finished third of three in their heat and were eliminated.

They will need to finish in the top eight at the end of the Olympic qualification period in November to secure their place in Russia.