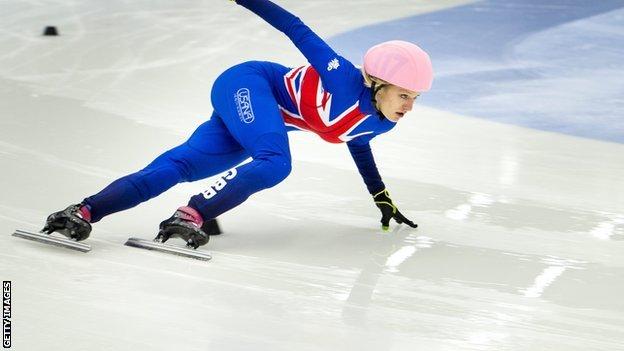 Britain's Elise Christie was disqualified in the 1,000m semi-final on the last day of the short track World Cup event in Shanghai, China.

Team-mate Richard Shoebridge was unable to progress to the 1,000m semi-finals after coming fourth in his quarter.

The next event on the circuit takes place in Seoul from 3-6 October.

In the 1,000 semi on Sunday, Christie was penalised after impeding Italian skater Arianna Fontana, who went on to finish fourth and was also unable to reach the final.

"I'm frustrated, but in a way it's good to have a bit of a reality check, because I'm not going to win every race, as much as I'd like to," said Christie.

"The goal is the qualifiers for the Olympics, so I'm not worried that I haven't medalled here."