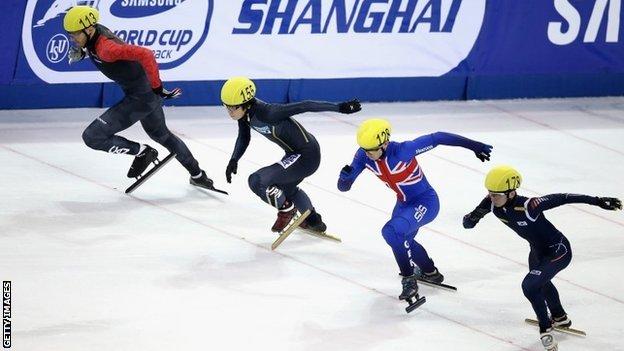 "It's nice to get back into the medals and it gives us confidence for [next month's Winter Olympic] qualifiers," said Eley.

The Livingston-born skater was involved in a fall with China's Li Jianrou in the final two laps of the 1500m semi-final, and was not permitted to take part when the race restarted.

Performance director Stuart Horsepool said: "Elise was OK after her fall in the 1500m and she went on to skate very well through her qualifying rounds to make the final of the 1,000m.

"The three Koreans did skate as a unit which made it incredibly difficult for her and Jorien Ter Mors of the Netherlands to get past, so with that in mind fifth place was a good result."