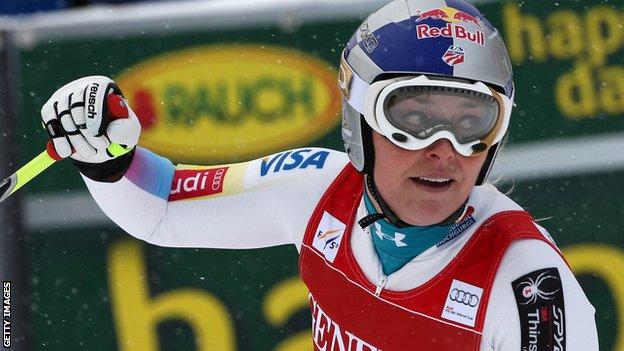 Olympic champion Lindsey Vonn will sit out the opening race of the Alpine Ski World Cup in Austria this weekend to help her recovery from a knee injury.

Vonn, 29, started training in September after being out for seven months with ruptured ligaments following a crash at the Alpine Skiing World Championships.

"I feel that I need more training before I start racing again," she said.

Vonn plans to return in November's World Cup event at Beaver Creak and is determined to defend her Olympic title.

The Sochi Winter Games take place from 6-23 February, with Vonn holding the downhill title after her victory at Vancouver in 2010.

Before deciding not to compete in Soelden this weekend, she trained intensively on the glacier there for the past week.

"Patience is not my strong suit so not racing is very hard for me but it will only make me more excited for the next one," the four-time overall World Cup champion added on her Facebook page.

"I will go home to Vail and continue my preparation for the Beaver Creek races and my ultimate goal in February!"