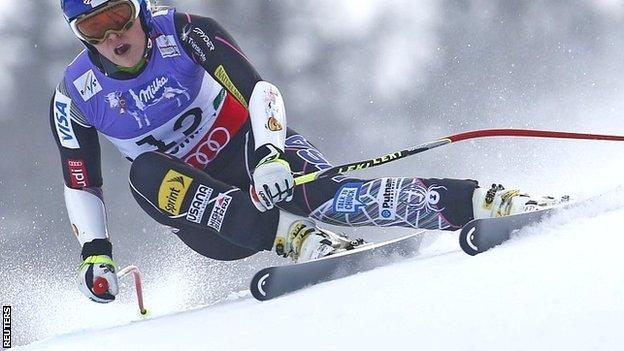 Olympic champion Lindsey Vonn says she will not defend her downhill title in Sochi next month because of injury.

The 29-year-old American spent 10 months out with a serious knee injury suffered in last February's World Championships in Austria.

She returned late last year, but failed to finish her last event - the World Cup downhill at Val d'Isere.

"I'm having surgery soon so that I can be ready for the World Championships at home in Vail next February," she said.

The four-time overall World Cup champion only returned to training in September, and in November partially tore the anterior cruciate ligament (ACL) in the same knee.

Despite not finishing at Val d'Isere, Vonn said it was her intention to compete two more events before heading to Russia for the downhill on 12 February.

But on Tuesday, she said on Facebook: "I am devastated to announce that I will not be able to compete in Sochi.

"I did everything I possibly could to somehow get strong enough to overcome having no ACL but the reality has sunk in that my knee is just too unstable to compete at this level.

"On a positive note, this means there will be an additional spot so that one of my team-mates can go for gold.

The opening ceremony of the Winter Olympics takes place on 7 February.