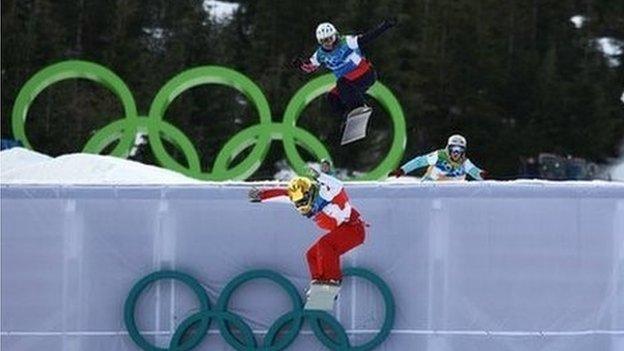 Manx snowboarder Zoe Gillings will compete in her third successive Winter Olympics after being selected to represent Team GB in Sochi.

The 28-year-old will contest the Boarder X event in Russia.

"I am really thrilled," she said. "I will give 100 per cent and I would love to bring back an Olympic medal to the Isle of Man."

Four years ago she finished eighth at the Vancouver Games despite a painful knee injury in her semi-final.

Gillings missed out on the final, and a potential medal opportunity, by just one place.

She competed at her first Winter Olympics at the age of 20 when it was held in Turin in 2006, finishing 15th.

The Isle of Man snowboarder is currently in Aspen, Colorado, for the the Winter X-Games, which begin on Thursday.

She said: "It's ideal training up for the Olympics and I hope I can stay injury free."

The Winter Olympics will run from 7-23 February and Gillings' mother Jill said: "We are so proud of her achievements.

"It has long been her dream to win an Olympic medal and she is more determined than ever to make it happen in Russia."

"It is a very unpredictable sport in which anything can happen - so I hope the luck is with her."