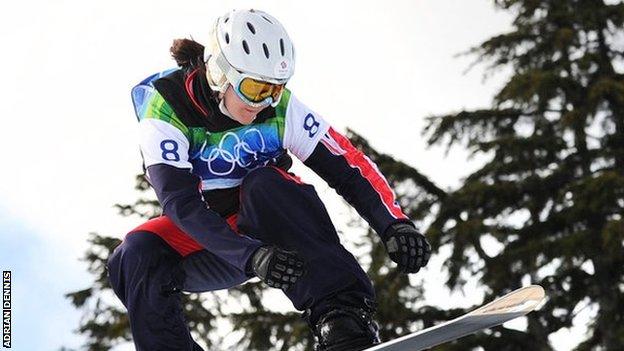 Manx snowboarder Zoe Gillings has chosen to continue her Winter Olympic preparations in France rather than attending Friday's opening ceremony.

The 28-year-old's snowboarder cross event does not start until 16 February in Sochi, Russia.

She said: "The best preparation for me is to be here in France for a few more days to be in the best condition."

Four years ago she finished eighth at the Vancouver Games despite a painful knee injury in her semi-final.

She missed out on the final and a potential medal opportunity by just one place.

The Isle of Man snowboarder competed at her first Games at the age of 20 when it was held in Turin in 2006, finishing 15th.

She added: "I am a bit disappointed to miss the opening ceremony with the other GB athletes to be honest, but my preparation comes first.

"I think in Sochi they have only got one run that you can ride on, so it is better to be here."