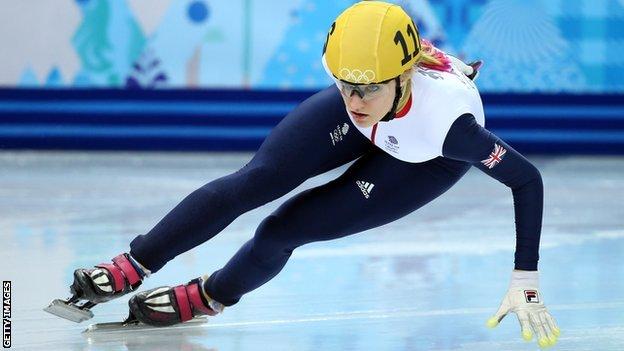 Elise Christie finished fifth in the women's 1500m final on day one of the World Short-Track Championships in Montreal.

The Scot, 23, who was penalised in all three of her distances in Sochi 2014, finished half-a-second behind winner Shim Suk-Hee from South Korea.

Christie competes in the 500m on Saturday and then her favoured event, the 1000m, on Sunday.

She made a bright start in the 1500m by topping the timesheet in the fourth heat before finishing behind Shim in her semi-final.

Christie added: "It was a tough race against the three Korean girls and I think the race was a bit slow for me because at the end they all had too much left in the tank and I couldn't quite get round them.

"But my laps times were good and it's nice to make it through the rounds safely."

In the men's event, Jack Whelbourne was second in his 1500m heat but was penalised and did not qualify, while Richard Shoebridge finished fourth in his 1500m heat, Both men will compete in the 500m on Saturday.