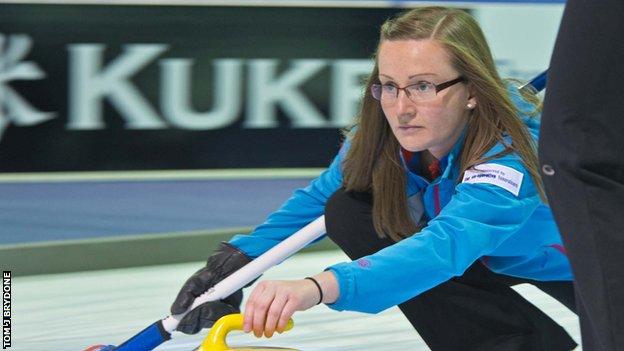 A new-look Scotland rink have found the going tough at the World Women's Curling Championship in Canada.

Defeat on Wednesday to Switzerland meant Kerry Barr's team could not reach the play-offs and that was followed by an extra-end loss to Sweden.

The Scots go into the final round-robin games with a record of just two wins from nine games.

However, Muirhead and her rink-mates were unable to defend the title since the qualifying Scottish Championships were held at the same time as their bronze-medal winning exploits at the Winter Olympics.

Barr, Barbara McPake, Rachael Simms and Rhiann Macleod have been playing at a major tournament for the first time in Saint John.

Canada and Switzerland lead the standings with eight wins apiece, while Russia and Sweden have both won seven of their nine outings.

Barr's rink end their championship with games against USA and South Korea.