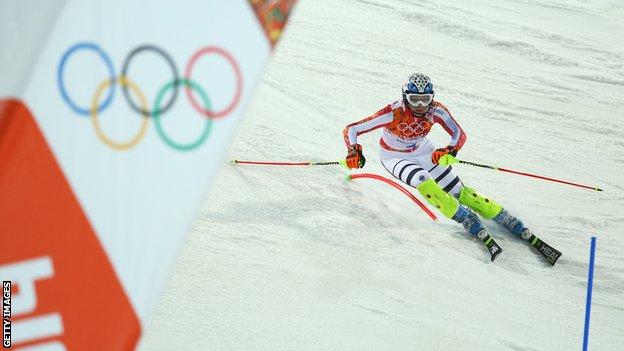 The 29-year-old German won her second super combined gold medal at the Sochi Games as well as taking silver in the Super-G.

"The decision was not an easy one but I am of the opinion you should stop when you are at your best," she said.

"I gave everything I had for another Olympic medal, I worked hard to fulfil this dream again.

"It went well in the super combined in Sochi, and this was a big relief for me."

Hoefl-Riesch secured her maiden combined win at the 2010 Vancouver Olympics, where she also added slalom gold.

Despite her success at Sochi, Hoefl-Riesch has been plagued by injuries this season and a crash earlier this month denied her the chance of winning the World Cup overall title.