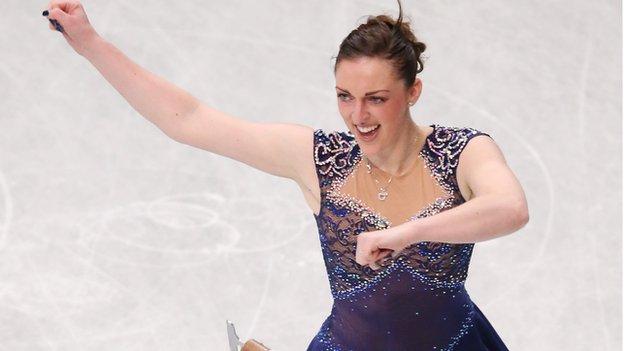 Jenna McCorkell's competitive skating career ended on a disappointing note as she was forced to withdraw from the free skating at the World Championships in Japan because of a hamstring injury.

McCorkell, 27, had performed well in Thursday's short programme as her season's best score of 50.56 secured her progression to the free programme.

But the Coleraine woman was forced to pull out of Saturday's Saitama skate.

McCorkell's best career finish was 12th at the 2010 World Championships.

Her career also included an eighth-placed finish at the 2008 European Championships.

The Northern Irishwoman has won a record 11 British titles in her career.

McCorkell failed to qualify for the free programme at the Winter Olympics in Sochi last month.

The 11-times British champion ended one place and just 0.22 of a point outside the top 24 qualifiers in Russia despite producing a clean short programme.