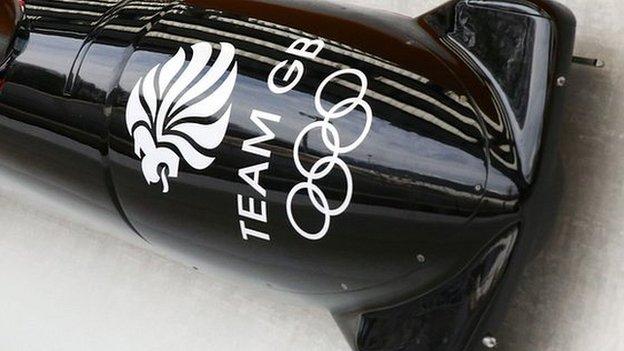 Team GB athletes will feature in seven of 15 disciplines in Lillehammer.

The event, from 12-21 February, follows the inaugural Winter Games in the Austrian city of Innsbruck in 2012.

Pittaway lives in Munich and is a relatively new recruit to the British team after coming through the German set-up.

She switched nationalities, to that of her mother, after a fall-out with the German governing body and won all four of her qualification races.

All three athletes are included in the GB team.

"It's been something that I've been working towards for two years and this makes all the effort, tears and sweat in training worthwhile."

Adam Pengilly, who competed in skeleton for Team GB at the 2006 Turin and 2010 Vancouver Winter Olympics, is the squad's chef de mission.

He believes the event will provide the young athletes with a great opportunity to prove their credentials.

"We want the Youth Olympic Games to be part of a journey to help with their development both as competitors but also as people," he said.

"I'm sure we're going to see some exciting things from these young athletes in Norway and beyond."