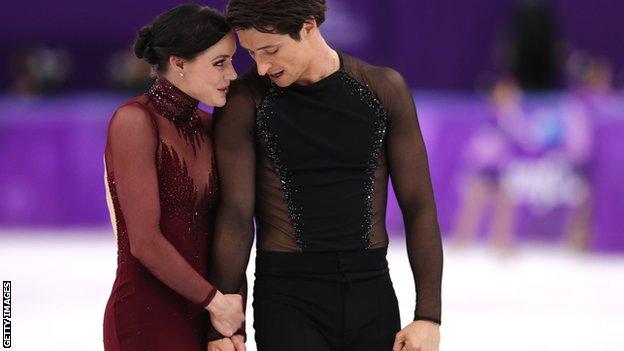 Is this the greatest "will they, won't they" love story ever told... in Canada?

Tessa Virtue and Scott Moir held their nerve to become Olympic ice dance champions for a second time but it's their chemistry that has really got people talking.

Social media users all over the world (mostly in Canada), are "shipping" the long-term colleagues.

We must now refer to our old friend, Urban Dictionary.

"Ship: Verb. The act of one wanting/supporting two individuals involved in a romantic relationship. Eg. OMG wouldn't Ron and Hermione be so good together."

If you missed the incredible routine, you can watch it again below.

Warning: it will induce tears... and possibly weakness in the knees.

Maybe sit down for this.

The pair have been skating together since 1997, have now won two Olympic titles, three world championships, eight national championships and have amassed a legion of fans along the way.

Among them is actor and compatriot Ryan Reynolds:

They may have broken the world record for the highest score in winning the gold medal (206.07 if you want specifics) - but that was far from the talking point in Canada. 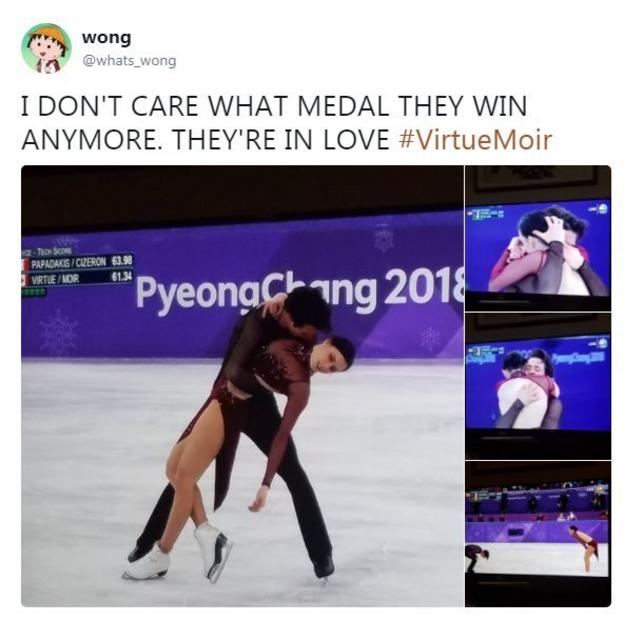 Toronto Star journalist Bruce Arthur asked his followers where monuments to the pair should be placed - he received this reply: 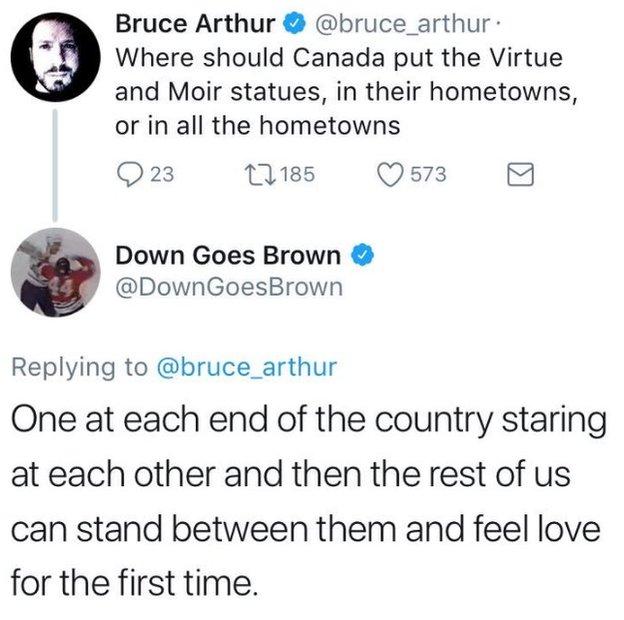 Now, we don't want to break any hearts here, but the pair have denied they are an item.

That hasn't stopped someone editing Moir's Wikipedia account, perhaps to try to force the matter: 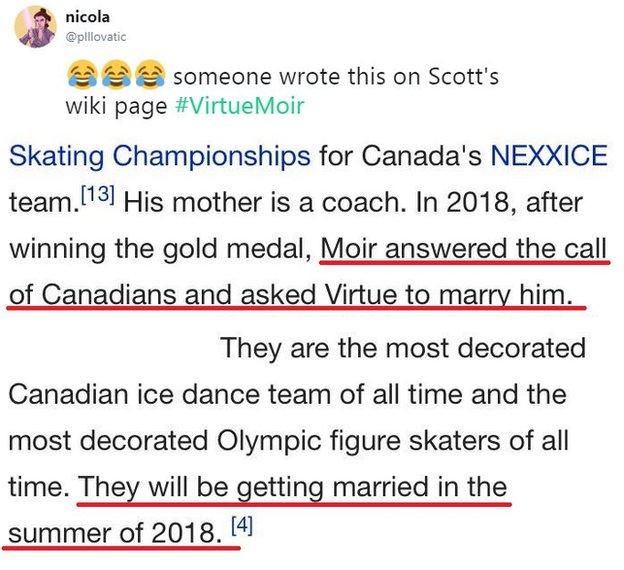 The story has touched the hearts of more than just Canadians - the adored couple have even prompted one or two people to look back through their family ancestry to see if they have Canadian blood. 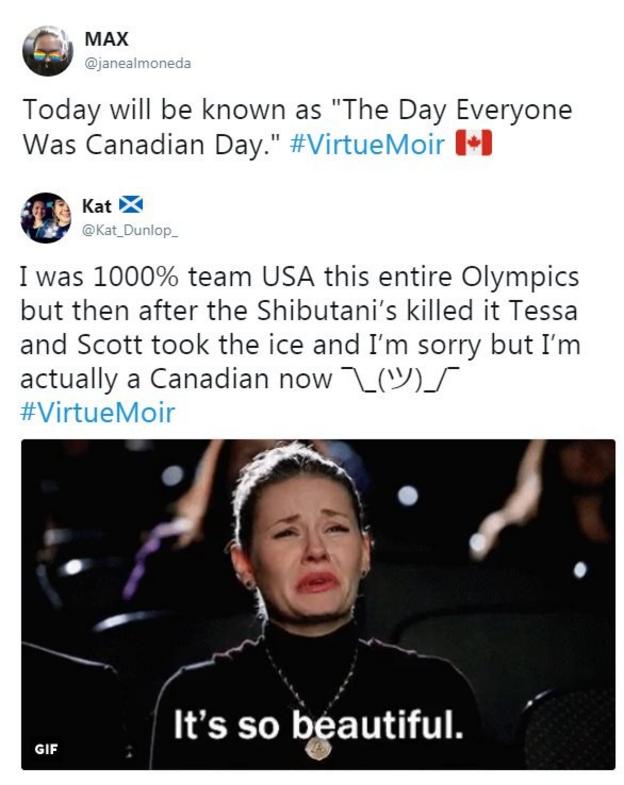 Canadian broadcasters CBC played a five-minute montage featuring footage from the pair's illustrious 20-year career and it was all too much for those watching at home. 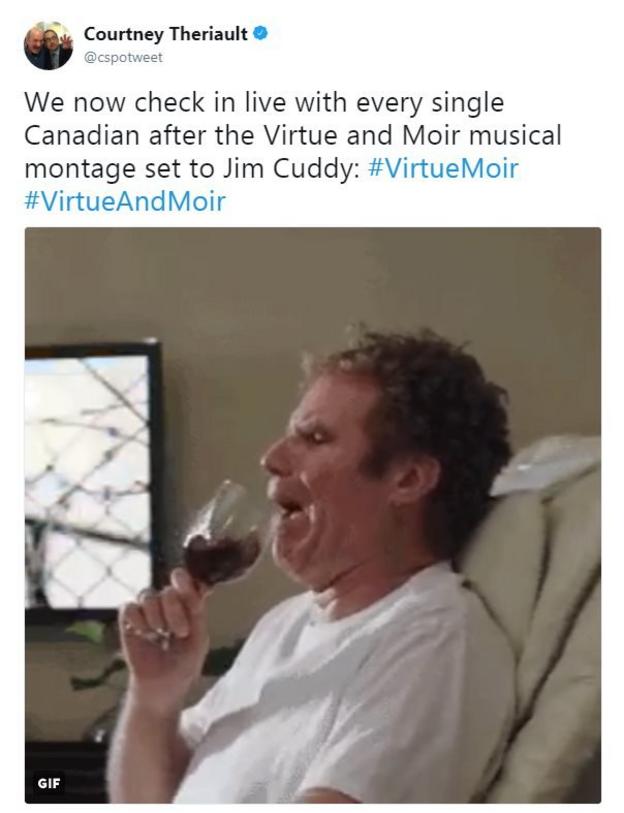 Sadly, the pair have hinted they will retire after the Olympics.

Many even suggested Scott mouthed the words "one last time" to Tessa just before they began their record-breaking final routine. 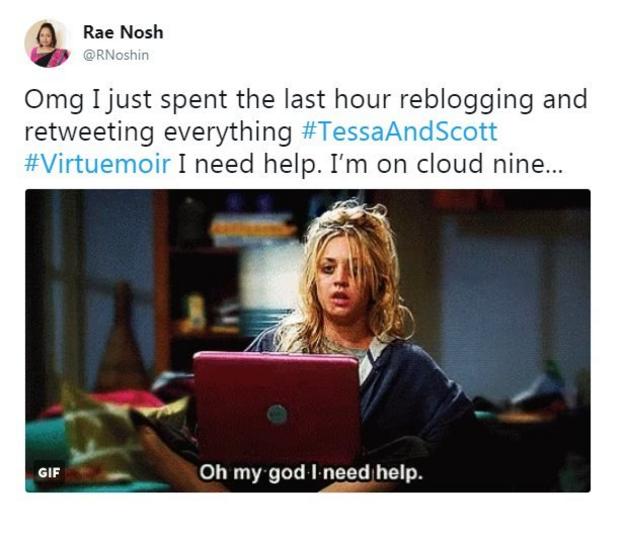 But if Twitter is anything to go by, people won't be happy unless they get what they want...