She finished third in Calgary (-0.29sec) for a first podium place since she won bronze in Lake Placid in 2016.

Deas tweeted: "So so pleased to get the bronze here in Calgary!! Next stop World Champs."

World champion Jacqueline Lolling of Germany was unable to compete in Calgary for "family reasons", the International Bobsleigh and Skeleton Federation said.

The title holder had been in second place overall before the racing in Calgary this weekend. Lolling finished in fifth overall place. 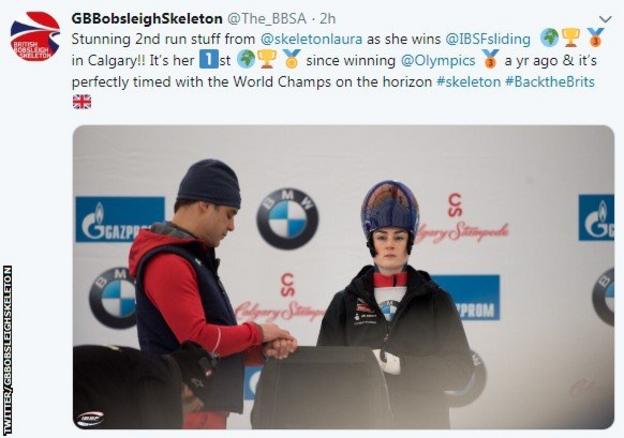