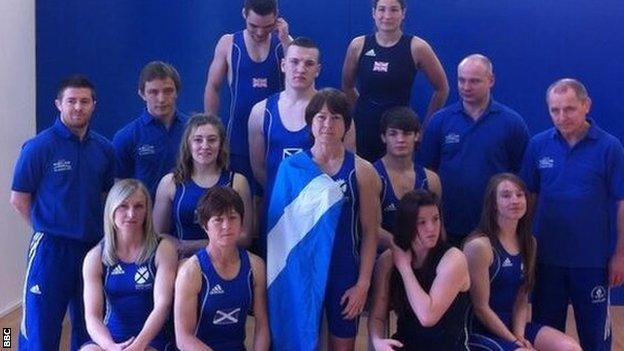 Scotland have selected 14 wrestlers for the Glasgow Commonwealth Games.

The Scots are seeking a first Games medal since 1994, with twins Fiona and Donna Robertson out to improve on a string of fourth places in 2010.

The 48kg sisters, 44, took up the sport prior to the Delhi Games, having both won Commonwealth medals in their previous discipline of judo.

"Through their hard work and the leadership of our national coach Volodymyr Gladkov, we feel we have a strong team to lead us to success in Glasgow and create a legacy for our future wrestlers."