Loading
Living In | Language
Want to learn a language? Try living here
Share using EmailShare on TwitterShare on FacebookShare on Linkedin
(Image credit: Roberto Schmidt/Getty)
By Lindsey Galloway5th October 2015
We asked residents in Port Moresby, Jakarta, Lagos, Delhi and Los Angeles: what's it like to live in a country that's home to more than 300 unique tongues? 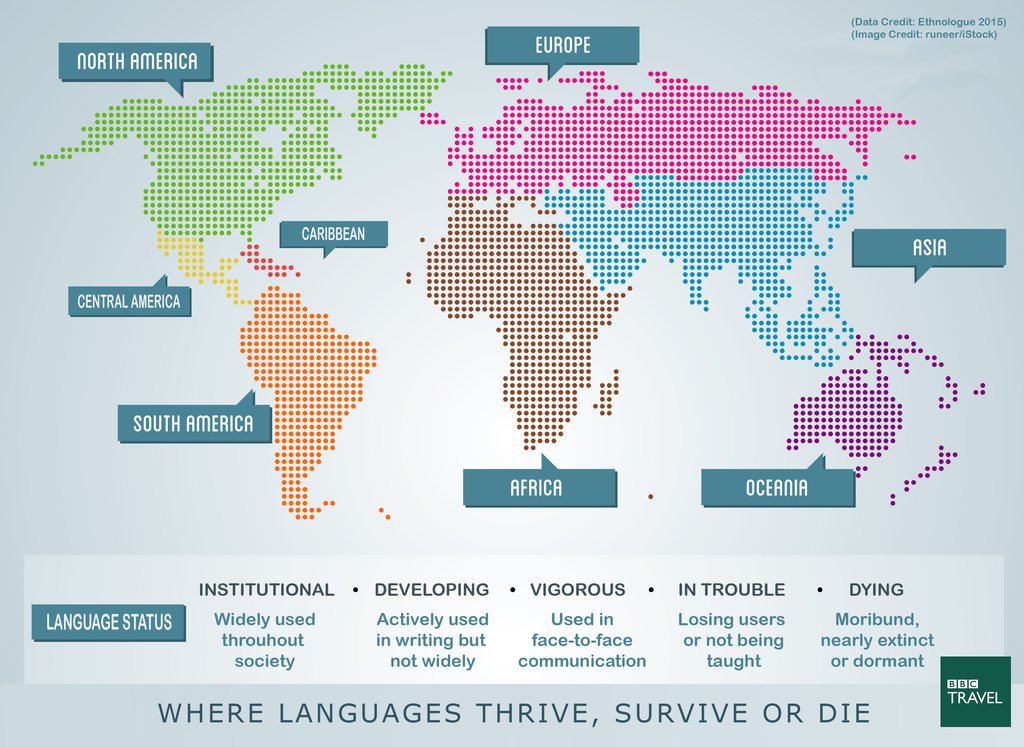 Learning a new language is often a core part of moving abroad – but in some linguistically diverse places, expats will need to learn two or three languages just to get by.

According to data from Ethnologue, a reference work documenting the world’s living languages, the countries with the largest number of spoken languages include Papua New Guinea, Indonesia, Nigeria, India and the United States, all with more than 300 unique tongues spoken within their borders.

To understand how that language diversity impacts daily life, we sought out locals and expats in their most populous cities – where residents are most likely be exposed to a number of languages on a daily basis – and asked them what it’s like to live in a place where so many cultures and communities coincide everyday.

Port Moresby, Papua New Guinea
Not only does Papua New Guinea (PNG) has the world’s highest number of spoken languages (more than 800), it also has the highest language diversity index in the world; it’s incredibly likely that two randomly selected people in PNG would have different native languages. The diversity springs from the country’s geography of deep valleys and tough-to-navigate terrain, which kept hundreds of customary societies and clans separate for centuries.

As the capital and largest city in PNG, Port Moresby has drawn people from many of these small villages to find work, while a recent mining boom has attracted a sizeable expat community, making the city an increasingly diverse place to live. Safety is a top concern here, however, and precautions like not driving alone must be taken to avoid gang violence and organised crime.

Still, that shouldn’t deter people from experiencing life in PNG, said expat Clara Raven, who moved from London nearly two years ago. “What you get exposed to here is life changing,” she said. “It’s such a unique place to be.” While the lifestyle may not include spontaneous drives within the city, it does allow for weekends away to some of the world’s most beautiful beaches and mountain hikes throughout the country’s 19 very different provinces.

It’s easy to get around the city as an English speaker, since the country’s business language is English and many expats are Australian. You will also commonly hear Tok Pisen, Raven said, which is a pidgin English and one of the country’s four official national languages (which also include English, Hiri Motu and Papuan New Guinean sign language).  “It’s very easy to understand, and it’s constantly evolving as a language,” she added.

Most expats live in European-style apartments, often paid for by their employers, in the areas of Ela Beach, on the water on the city’s south side, and Paga Hill, on the west side of the peninsula.

Jakarta, Indonesia
The most populous city in Southeast Asia, with 11 million residents, Jakarta attracts expats from throughout the region for its economic opportunities. As such, it’s common to hear a number of the more than 700 languages spoken in Indonesia. The country has a similar geographic diversity to PNG – in fact, they share an archipelago province – and is made up of more than 17,000 islands, which contributes to the sheer number of dialects.

“It’s refreshing; you get to meet people who are not of the same background as you,” said Jakarta native and grandson of Chinese immigrants Peter Richie Putra. “A lot of cultures are mixed with one another and that's a good thing.”

The diversity makes for one of the best food scenes around, especially late at night when street vendors come alive. Though it’s easy to find street food around the city, go-to hubs include Sabang, Bloc M and Pecenongan Street, where you’ll find everything from Indonesian fried rice and Chinese steamed buns to Middle Eastern martabak pancakes.

Expats often live in apartments in the wealthier neighbourhoods, such as walkable and affluent Menteng, 3km to the north of downtown; shopping oasis Thamrin, 5km to the east; and nightlife-hopping Kemang, 10km north. For those on a budget, it’s also common to rent a single room in a boarding house, known colloquially as kos-kosan.

To make friends with local Indonesians, you need to make the effort to get out of your own neighbourhood, said Brett McGuire, who moved to the city from Auckland more than 10 years ago. “It's a very vibrant dynamic city. If you are prepared to step out of your comfort zone, you will have a great time and be so much the better for it,” he said.

The country’s official language is Indonesian, and it helps to at least have a rough grasp of it in order to communicate in Jakarta. “I often hear people say that Indonesian is an easy language to learn. It's not. The truth is that Indonesians will let you butcher their language in the interests of communication,” McGuire said. “The result is that you can get away with very basic Indonesian. No one is going to laugh at you or correct your grammar. Most, if not all, Indonesians will be thrilled that you had a go at their language.”

Lagos, Nigeria
More than 500 distinct ethnic groups inhabit Nigeria, and each has their own language. Though many are spoken in small, rural villages, you’ll hear a large range of them in the country’s largest city and commercial capital, Lagos, especially as more rural migrants come to find work.

“It is pretty common for people to speak two or more languages in addition to English, which is the official language,” said Idowu Koyenikan, originally from Lagos and now living in the United States. After English, the major languages include Hausa, Yoruba and Igbo.

But those who want to move here to learn another language must put some effort into it. “The more affluent the neighbourhood, the more English dominates and the less likely an expat is to experience interactions in Nigerian languages,” said Dr Laine Strutton, an American who lived throughout Nigeria during her PhD studies and writes about oil politics in the region on her blog Niger Delta Politics. “I studied Igbo for a year, and it was imperative that I stayed in rural Igbo villages in the Niger Delta in order to be able to really practice.”

Languages can be especially concentrated within certain trades in Nigeria, Stutton added. “For example, Igbos are typically market traders, so I went to outdoor markets to practice. Fulani tend to be the butchers of the north, so to experience the Fulani language, one would want to visit a butcher's shop.”

No matter the language or trade, the residents of Lagos are “fun-loving people”, Koyenikan said, with the city known for its buzzing nightlife and overall chaotic energy.

Most expats live on Lagos Island, 10km southeast of the city. The island includes the Banana Island area on its eastern side, with some of the most expensive real estate in Africa. Housing in Lagos, which is typically a mix of apartments and houses, can be tough to come by. “One of the unique things about renting a home in Nigeria is that you usually have to pay your rent two to three years in advance. That is how strong the demand is,” Koyenikan explained.

Delhi, India
More than 400 languages are spoken throughout India, and the capital, Delhi, hears a huge mix of them, including Hindi, English, Urdu and Punjabi. “Everywhere you go in Delhi there are people from all walks of life, from different states, who speak different languages,” said Sayani Ghosh, originally from Kolkata, who now runs Peak DMC tours of the city. “This mingling has opened up opportunities to learn about other cultures and food habits.”

Despite its large population and crowded streets, Delhi also has a number of green spaces and parks where families congregate in the evening, and residents escape from the frantic pace of daily life.

South Delhi used to be the only expat-friendly area, but that has changed in recent years, Ghosh said, as expats moved into areas like Central Delhi and East Patel Nagar 6km to the northwest of downtown “Expats have become more daring, and stay where the real people and communities live, like smaller locations in South Delhi which weren’t popular even a few years ago.”

She recommended Humayunpur in South Delhi and Karol Bagh in Central Delhi, which put residents in the heart of the action with their vibrant shopping, dining and city markets. For those who prefer the gated community experience, she recommended Vasant Kunj in the mountain foothills southwest of downtown New Delhi; Greater Kailash in South Delhi which is popular among affluent families; and the residential, family-friendly Safdarjung Enclave, also in South Delhi. Almost everyone lives in apartments, and Ghosh said living in one makes it easy to meet neighbours from other cultures.

While English is the written and business language, it can be helpful to learn some Hindi and Punjabi, as they are the most widely spoken.

Los Angeles, United States
Sometimes called a “melting pot” for its assimilation of diverse immigrant cultures, the US has more than 300 languages spoken within its borders, with English, Spanish and Chinese being some of the most commonly spoken. The country’s most linguistically diverse city is Los Angeles, thanks to a large number of Spanish-speakers hailing from Mexico and Latin America, and a large East Asian immigrant population bringing a density of Chinese, Korean and Tagalog speakers.

“It is common to see people speaking two to three languages in LA, ranging from Swedish to Korean to French and so on,” said Chris Lu, general manager of Freddy Smalls Kitchen and Bar in west Los Angeles. “Our local culture takes from so many others that the lines become blurred between what might be distinctively LA and what might not be.”

In general, residents have a “laid-back hustle”, he said. “I have met some of the hardest working people, but even the most successful seem to make time for yoga or a hike.”

The LA area is huge, including all of Los Angeles County and some of Orange County. As such, neighbourhoods range from hipster up-and-coming to laid-back suburban.

“Santa Monica [located on the beach 15 miles to the west] and Pasadena [located 10 miles northeast] are two very nice cities in this metro for any budget,” said Thi Thi Ma, who immigrated from Vietnam in the 1980s and is now manager of the Best in Class Education Center in Koreatown. Lu agreed, noting that “these areas can be better spots for someone raising a family.”

“As housing demand increases, areas such as Culver City, West Hollywood and Mid-Wilshire are undergoing major transformations,” Ma said. “They are becoming gentrified, but street-friendly, family-oriented and convenient.”