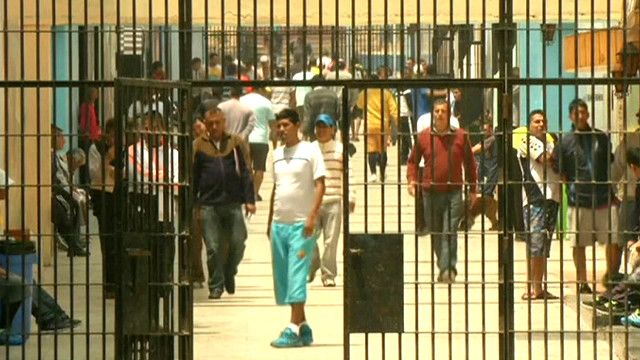 Some might say this is the safest bank in the world.

It operates inside Peru's largest prison and is run entirely by inmates.

This prisoner - convicted of drug trafficking - is the bank manager.

It opened its doors about a year ago and has almost 120 customers – all of them are doing time.

The idea's to help the men save money, which will come in handy when they're released.