A New York Times magazine story about women who’ve left the workforce to raise children — and are now struggling to get back into their professions — set off a new round of debate on the gender pay gap, work success for women and the career-home balancing act.

That piece — which detailed the decisions and current career paths of women who took a midcareer break from work — was followed by a Bloomberg story that revealed the 198 women among the 2,500 top-paid executives in the United States are paid 18 percent less than men.

It’s a topic BBC Capital has addressed, looking at how one executive mother manages work and home and at how to keep more women in the workforce.

A number of LinkedIn Influencers weighed in on these topics this week, addressing the reasons women are held back in their careers, myths around the male-female pay gap and the responsibility of corporations to close the gap between women and men at the top.

Here’s what some of them had to say.

John A Byrne, Chairman and Editor-in-Chief at C-Change Media Inc

What really holds women back from advancing in their careers? That’s the topic John A Byrne discussed in his post, The Opt-Out Generation Wants Back In.

Byrne noted that even women who didn’t leave the workforce for long periods may have trouble advancing in their careers, pointing to a survey conducted by Harvard Business School of its MBA alumnae.

“Interestingly enough, when asked which factors are holding back women from advancing in their careers, 84% of the women acknowledged that it was ‘taking leaves or reducing work hours.’ The second most cited impediment to career advancement for women? ‘Prioritizing family over work.’ Some 82% of the female respondents in the study identified this reason,” wrote Byrne, who has covered the world of management education for more than two decades.

The founder of Sydney, Australia-based internet retailer, RedBalloon, addressed the ten most common myths about why women are paid less than men — and offered solutions for changing that dynamic.

“I have heard many 'truths' espoused by both men and women about the gender pay gap,” she wrote. Among the myths Simson names: women don’t want the top job; women have less experience, women don’t negotiate hard enough and women see themselves as nurturers.

Another element, Simson wrote, is women themselves.

“How women regard themselves is critical to pay equity – women often define themselves by societal 'norms' ('but they need me,' I hear women say). Many women still innately believe that they need to ‘prove’ themselves, as such they will perform a role for much less financial gain – and until women are paid the same for the same effort then there is no equality,” she wrote, pointing to the Bloomberg executive pay story. "Female executives say they can be less demanding than men when it comes to pay, partly out of fear of being labeled as overly aggressive and self-centered,” she cited.

But, Simson insists that the pay gap can be closed.

“Leadership has to want it and pursue it single mindedly and not settle until they know — hand on heart — that their organization has eliminated unconscious bias by annually reviewing the data.”

The CEO of Australian banking giant ANZ addressed why he signed a pledge to improve gender balance at the company, one of “a group of male chief executives who have signed.”

“In April 2010, Australia’s Sex Discrimination Commissioner, Elizabeth Broderick, convened 22 high-profile male CEOs and senior directors to form the Male Champions of Change. The idea was that we could use our individual and collective influence to elevate the issue of gender equality and women’s representation in leadership on to the national business agenda,” Smith wrote.

One way to do that, Smith wrote, was to use the power and influence of these senior positions to affect change.

“We agreed to use our influence to improve the representation of women at high-profile business events and forums… So, from now on when I’m approached to speak at a conference or participate in a panel discussion, I will ask what has been done to secure female speakers and my decision on whether to participate will be based on the answer.”

Smith has also pledged to improve gender balance inside the bank, which employs 55% women, but where only 38% of managers are female.

“It’s incumbent on business leaders, both men and women, to do more to improve diversity in their workplaces,” he wrote. Among ANZ’s goals: “at least a 1% increase in the representation of women in management. This is a tough challenge given we have a workforce of more than 47,000.”

BBC Capital editor Jennifer Merritt weighed in on what managers should do to help struggling employees before they fire them, The Awfulness of Firing an Employee (A Manager’s Take), after the much-publicized public firing of an AOL executive last week—and other awful dismissals before that.

Adreas von der Heydt, country manager for Amazon BuyVIP in Germany, write about the lessons other leaders and managers can learn from the fall of Brazilian mining, oil and gas magnate, Eike Batista, in his post The Fall of a Mega Billionaire — 3 Lessons to be Learned. Among them: stay humble during your entire career. 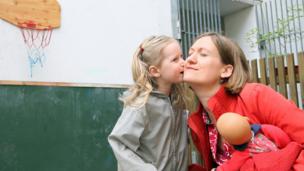 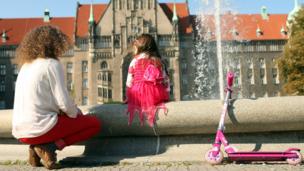 How to keep moms in the workforce 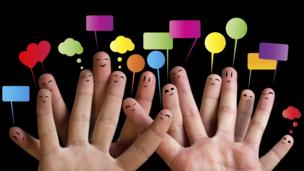 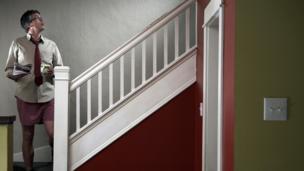 Pyjamas on the payroll
Around the BBC