Excessive stress has robbed many employees of their resilience and self-control.

With their companies understaffed, professionals these days face heavier workloads than ever, so it’s no wonder if many workers feel like bursting into tears or lashing out at a colleague.

“If you’re working all the time and have no time for contemplation and pleasure, it’s going to trigger explosive reactions,” said Anne Kreamer, author of It’s Always Personal: Emotion in the New Workplace.

But instead of exploding, it’s probably safer to take a deep breath and hold those emotions in check. Even as many employers have become more casual about dress codes and work schedules, open displays of emotion are still generally frowned upon. Tears or temper tantrums can make both bosses and peers uncomfortable and stigmatise employees, especially women, as weak, unstable or, even worse, manipulative.

Yet there are exceptions, depending on the situation and the individual, when showing emotion can evoke a sympathetic or even positive reaction.

Millennial generation workers, who are in their 20s and early 30s, are particularly prone to expressing themselves in public, whether on Facebook or at the office. Employers frequently report that young people sob, stomp their feet or even resign on the spot when they feel frustrated.

That’s partly because of their youthful immaturity, but their reactions also stem from feelings of entitlement and their strong aversion to rejection and criticism. In fact, to prevent an outburst, some employers are careful to balance negative and positive comments in performance reviews of volatile millennials.

Recognising the growing pressures employees face, the American Management Association is offering a “Managing Emotions in the Workplace” seminar this fall—with emotional millennials as prime candidates for the course.

“There’s confusion in people’s minds, especially the younger generation, about how to conduct yourself in the new open offices where the membrane between your work and personal life has become so porous and the protocols aren’t clear,” Kreamer said. “As people try to figure out the new norms, it’s an opportunity to set a new tone so people don’t freak out over an occasional display of emotion.”

When you shouldn’t cry

Attitudes toward emotional expression depend partly on the industry and corporate culture. Creative businesses that value individuality, for instance, tend to be more tolerant of temperamental employees. But new research shows that self-control is clearly the best policy at most companies.

“The only times crying is really acceptable in a professional work situation is when you’ve had a personal loss, such as a death in the family, and when you’re crying in private,” said Kimberly Elsbach, a management professor at the University of California, Davis, who recently conducted a study of crying in the workplace. “But if the crying is public and related to work, such as feeling overwhelmed, being attacked in a meeting or having a fight with the boss, it isn’t acceptable.”

There is one notable exception: Men.

Crying can actually make a man seem warmer and more compassionate, enhancing his reputation. In her study, Elsbach analysed employee perceptions of more than 100 crying incidents. Reactions were mostly negative to the women who cried, but of the nine men who cried, eight were viewed positively for showing their humanity.

One study found that men with moist eyes — but no flowing tears — were considered attractive to women because they simultaneously demonstrated their sensitivity and self-restraint, said Ad Vingerhoets, professor of clinical psychology at Tilburg University in the Netherlands.

People especially scorn women, who are more likely to cry than men. Weeping women often get written off as hysterical and unprofessional, and they usually feel ashamed about their loss of control. Colleagues are especially critical when women cry after not getting what they wanted.

“They’re seen as manipulative, even though I would say that 99.99% of the time, they really can’t control it,” said Elsbach, who cries easily herself.

In a study of 37 countries, Vingerhoets found that women in developed Western economies cry much more than men — and more than women in nations where women have fewer rights. Contrary to his expectations, he also found that women cry more in colder climates, such as the Scandinavian countries and Iceland.

The negative perceptions of women aren’t necessarily fair. Men are socialised from an early age to stifle tears and keep their composure. But girls are rarely encouraged to suppress their emotions as they’re growing up. Researchers also have found that women cry more than men — and more profusely — because of differences in tear ducts and hormones.

The double standard can carry over to other types of emotional outbursts at work. Men who yell and pound on the table may heighten perceptions of their status and leadership potential. But women in senior positions need to come across as even-keeled, Elsbach said. Studies have found that observers attribute women’s anger to an internal lack of control, but believe external factors set men off.

For men, the greater the power, talent and personal accomplishments, the more they can get away with, whether they’re a coach, politician or chief executive officer. “Research shows that the more power they have, the more they believe the rules don’t apply to them and they can yell or cry,” said Robert Sutton, a professor at Stanford University and the author of Good Boss, Bad Boss. “If you’re as talented as Steve Jobs, maybe you can get away with it.”

He noted that when Jobs ran Apple, he used his emotions strategically, belittling some people while charming others, such as influential technology writers. “But you better keep winning if you’re going to shout and treat people like dirt,” Sutton said.

Sutton believes people should be compassionate if a co-worker infrequently weeps or shouts.

“We should be allowed to show our humanity every now and then,” he said. “But you have to remember that your employer is paying you for some degree of emotional regulation, so having some control will probably get you further in your career.” 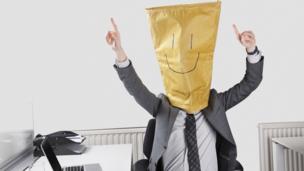 The downside of nice at work 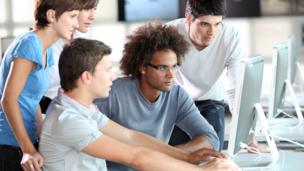 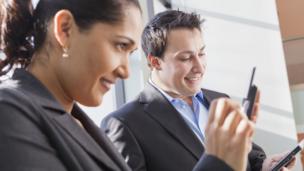 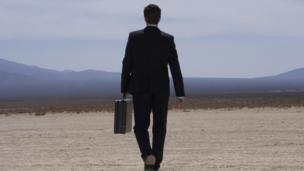