Loading
Leadership
Trusting your gut: Smart management or a fool’s errand?
Share using EmailShare on TwitterShare on FacebookShare on Linkedin 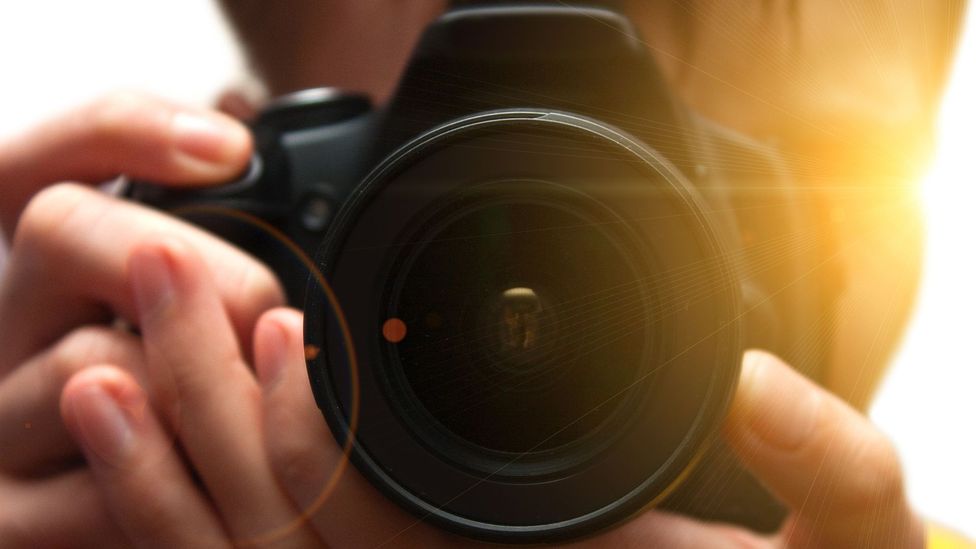 The best intuition is pulled from a well of deep knowledge and expertise.

Photographer Mindy Véissid woke up one winter morning in 2010 with a simple idea: dogs running in the snow.

The Manhattan resident followed her gut and went across town to Central Park. There, Véissid found three dogs jumping around in a couple of inches of new snow covering the famed park’s Great Lawn. She plopped down in the field and waited. That’s when the dogs headed right for her. She snapped off a shot just before they barrelled over her.

The picture she took that morning, of happy-looking pups charging through a cloud of snow with the New York City skyline behind them, has become one of Véissid’s calling cards, maybe her most recognisable shot. It’s a photo she would have missed if she had not trusted her gut.

“What I realised is that if I follow my heart, if I follow my feelings, I get good photographs,” Véissid said. “We try to control everything in our lives, and sometimes you have to let go.”

It wasn’t long ago that decision-by-intuition would have been regarded as little more than magical thinking or a try at luck. But research has changed that and intuition has been embraced as a key component to business decision making.

There is, however, an inherent danger to it, and blindly following your gut can be worse than ignoring it altogether. For managers, that means learning how to trust your own instincts and encouraging employees to do the same. But it also means learning to recognise when careful planning trumps sudden inspiration.

Perhaps the thing that most changed the way businesses think about inspiration was a 2008 study co-authored by Gerard Hodgkinson, professor at Leeds University Business School in the United Kingdom. Hodgkinson found that intuition can be beneficial in specific circumstances. First, it’s best to rely on a gut feeling when you need to make a quick decision. Second, and this is the important part, trust your intuition only when you have extensive knowledge on the subject. In other words, the best intuition is pulled from a well of deep knowledge and expertise.

“A lot of people think intuition is general purpose, but intuition is actually domain specific,” said Massimo Pigliucci, a philosophy professor at City University of New York, and author of Answers for Aristotle: How Science and Philosophy Can Lead Us to A More Meaningful Life. “Intuition is the result of your subconscious brain picking up on clues and hints and calculating the situation for you, and that’s based solely on experience.”

Chess players often rely on instinct, their subconscious aware of their opponent’s likely next move based on past experiences, Pigliucci said. And most of us use intuition to do basic tasks, like drive a car. After years behind the wheel, most people give little thought to the mechanics of driving, relying on intuition to know when to watch out for that car drifting over from the other lane.

An incident a Formula One driver experienced along those lines was a key example in the Leeds study. The driver instinctively knew to hit his brakes hard heading into a blind turn. He could have taken the turn faster — and normally would have — but something told him to slow down. By doing so, he avoided running smack into a pileup around the bend. Watching video of the event later, the driver realised he had taken clues from people in the crowd. They were staring at the crash instead of at him. His subconscious took over and guided him away from the crash.

Of course, there’s a danger associated with having such successes with intuition, Pigliucci warned. “Then you start thinking, I need to trust my intuition more.” After a long career on Wall Street, for instance, picking stocks might come down to intuitive hunches, but that doesn’t mean your inner voice is also skilled at picking football scores or spouses or anything else, really.

Building intuition into the management of people or a business can be tricky, said Rebecca Heino, professor of management at Georgetown University’s McDonough School of Business. It’s not exactly something you can schedule a meeting to tap into.

What’s more, it might not always be obvious when a business decision is based upon intuition — or a deep well of experience. Many of Richard Branson’s successes with Virgin Atlantic have come from snap decisions, for instance. Branson is famous for letting his hunches take over strategy sessions and for avoiding formal business plans.

“I research new ideas very thoroughly, asking a lot of people about their experiences and their thoughts,” Branson wrote in 2010. “But on many occasions I have followed my intuition; you can't make decisions based on numbers and reports alone.”

But his decisions aren’t blind. They come with decades of experience, Heino said. “Richard Branson has had lots of success in his field to prove his hunches are good,” she said. The track record for Branson’s gut feelings could probably build a better resume than most CEOs.

Steve Jobs is also famous for giving his intuition much of the credit for his success. In his 2005 commencement address at Stanford University, Jobs told the crowd to “have the courage to follow your heart and intuition. They somehow already know what you truly want to become. Everything else is secondary.”

This principle helped guide Jobs to iTunes and the iPod — two projects that were seen as monumental risks when first released in 2001. Jobs made a quick, intuitive decision to green light them even as many doubters said it would sink Apple into a bottomless hole of development costs.

While Jobs made those decisions rapidly, he was also fastidious about the execution of his projects, Pigliucci said. He famously went through code line by line to make sure his lowest-level employees were executing his plans perfectly.

Western cultures began to embrace intuition only recently, Pigliucci said, while research suggests Southeast Asian countries have long given credit to gut feelings being a good guide to decision making. Eastern managers, for instance, are more likely to rely on hunches and give them credit for successes afterward.

After photographer Véissid learned to rely on her gut feelings, she wanted to teach others how to do it. Her class, the Art of Intuitive Photography, teaches the photography basics, but her instruction is more about following hunches.

“You can get a good photograph and it will be technically correct,” she said. “But if you follow your heart, you can take photos that can be wonderful.”

Quick decisions informed by experience are no longer eschewed in management. (Thinkstock)

Quick decisions informed by experience are no longer eschewed in management. (Thinkstock) 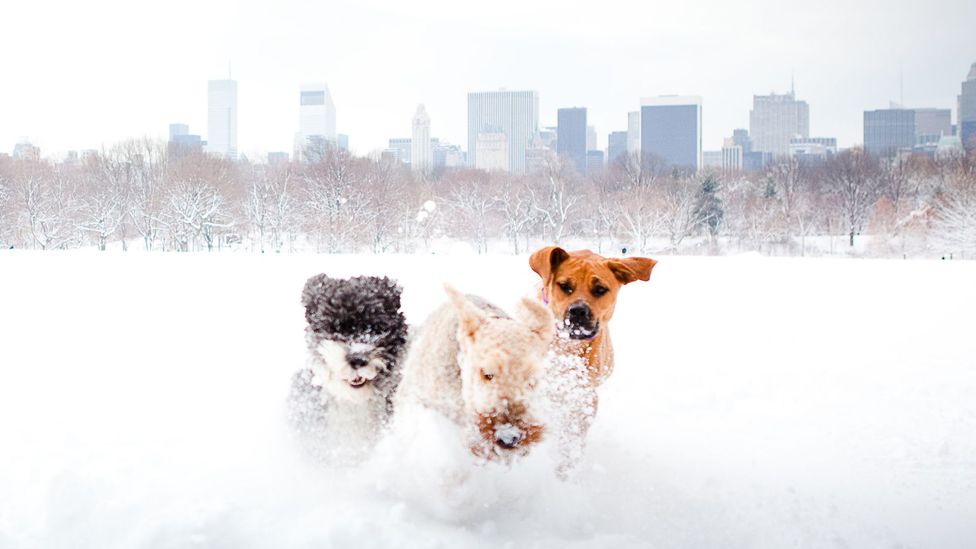 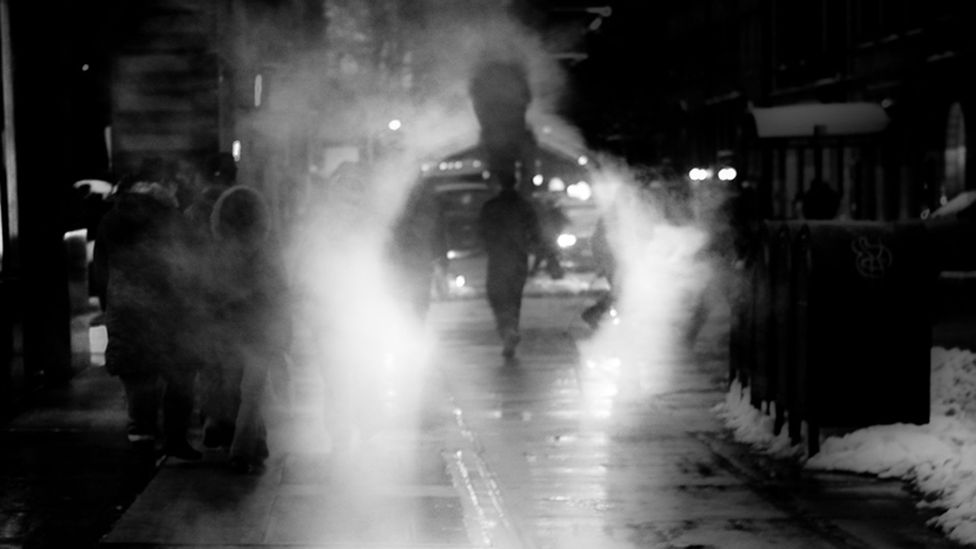 Anticipating what’s around the corner comes from expertise. (Mindy Véissid)

Anticipating what’s around the corner comes from expertise. (Mindy Véissid)

worklife
1The confidence game at work
worklife
2Can revenge help your career?
worklife
3Collaboration lessons from bees
worklife
4Even good managers lack this
Around the BBC