If not for Tim Cook, perhaps the legend of Steve Jobs would not have turned out quite so well.

What do Steve Jobs, Mickey Drexler, and Jeff Bezos all have in common?

They are all builders of giant brands, from Apple to J Crew, to Amazon? Yes, but there’s something else you might not realise they have in common, and it is directly related to their success — each is (or was) an unmitigated, unapologetic, micromanager!

What gives? How could the bane of many of our performance reviews actually be a good thing? I can’t tell you how many leadership experts have listed micromanagement as Public Enemy No. 1. But, when strategically applied, it can be a powerful tool not only to get things done, but to develop talent as well.

The modern executive is taught — in business schools and in many jobs — that to manage people effectively is to delegate, and then get out of the way. I teach our masters of business administration students at Dartmouth’s Tuck School of Business much the same thing, except for one caveat: Delegating is only step one. It’s not delegate and forget; it must be delegate and be intimately involved with what happens next.

You don’t want to, and can’t, do everyone else’s job for them. But why would you walk away, as so many managers do? When you have deep passion for your business, your job, you also have a responsibility to be involved with how your vision is executed. You will likely step on some toes along the way and you may go too far on occasion, but which is worse: occasionally butting in on a subordinate’s work to make a point, or not providing real-time feedback to help that subordinate grow and excel?

The dichotomy between delegation and micromanagement is false and misleading. It’s not one or the other, it’s both! And if that doesn’t sound so easy to do, well, welcome to the big leagues of leadership.

Being able to handle, and indeed thrive, by doing two opposing things at once is a hallmark of great leaders. Such “ambidextrous” leaders intensely execute today’s game plan while sowing the seeds for what comes next. They are deeply analytical at the same time as they are looking for creative solutions to business challenges. And they are hands-on delegators. It’s a paradox only for the tired and the timid.

And now the fine print.

Micromanagers must be selective. You can’t delve into the details of everything, and in fact superstar micromanagers don’t. Mickey Drexler might interview every single corporate hire — and more — at the $2.2 billion J Crew, but he lets other leaders manage the IT function. Steve Jobs was intimately involved with each product the company designed, and was even famously involved in designing the glass stairs at the Apple stores. But financial and operational issues were delegated to second-in-command and current Apple chief executive officer Tim Cook.

Even Jeff Immelt, CEO of blue-chip industrial conglomerate General Electric, is a selective micromanager. For him, intimately knowing the top 500 executives in the company, what their performance and potential looks like and what they need to develop further, are always at the top of his agenda. That’s not a bad role model for any manager, at any level, come to think of it.

One key: micromanagers must be experts. What could be worse than a manager immersed in the details who really doesn’t know his stuff? Sam Walton spent most of his time flying in his little airplane to visit stores, deepening his knowledge as he went. When he had something to say, there was deep credibility behind it.

There is a natural limit to when micromanagement makes sense. Once a job, or a company, becomes too complex or too big, it becomes that much harder to gain the visibility and time you need to stay expert. This is a real danger zone for would-be micromanagers. You just don’t have enough time in the day, or energy in the belly, to keep up at the pace that is necessary. Either you embrace the principle of selective micromanagement, or you go down trying to do what cannot be done.

Finally, it takes a strong, trusted team to be a micromanager. Could Steve Jobs have spent weeks with the iPhone design team if there was no one else to mind the store? If not for Tim Cook, perhaps the legend of Steve Jobs would not have turned out quite so well.

The good news is that the best micromanagers are often the best talent developers. Their attention to detail, their intimate knowledge of the business and their deep involvement in what’s going on actually enables more, not less, delegation. Their position in the centre of the work creates an opportunity for micromanagers to challenge subordinates with big assignments precisely because they are informed.  Delegating big does not carry the same degree of risk that it might for the typical manager.

And so, the final paradox of the micromanager is this: micromanagers actually help other people get better at what they do. 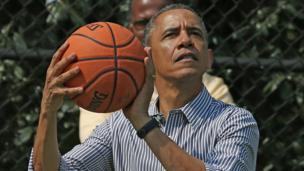 A fatal flaw in choosing leaders 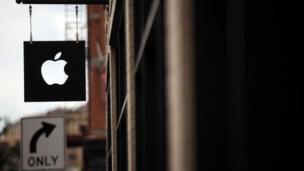 The end of Apple as we know it? 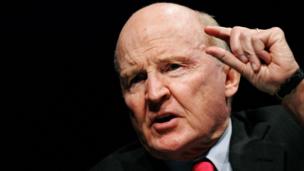 The confidence game at work 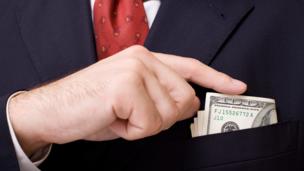