Q: At my company, we have an open floor plan with few private offices. That means that nothing one says at work is really private. What should I do if I hear someone, who obviously doesn't know I am nearby, talking about me — especially when they are disparaging a project I am leading?

A. No matter how long it has been since secondary school, people are naturally wounded when others talk about them. But in the workplace, it’s important to suppress the urge to snap back with a rejoinder. And you can’t sulk.

First, remember that it can be easy to misunderstand what you hear, so make sure that the person is talking about you before you go further. Consider whether there is another colleague with your name, or a related project that your colleague might have been badmouthing.

If you’re certain you were the target of the comments, then it’s time to take action. Ignoring what you heard will just cause you to resent your co-worker and get in the way of treating him as a professional. If you do nothing, every time you work with that person you will remember their disparaging comments, said Professor Laura Pincus Hartman, who teaches business ethics at DePaul University in Chicago. She advocates transparency in the office — including confronting someone who made comments about your work when they didn’t know you could overhear.

The best policy, Hartman said, is to address the issue directly with the colleague.

“Walk in and say, ‘I heard what you said and it made me really uncomfortable and I just want to put that on the table’,” she said. This should not be a request for an apology; you are not criticising your gossiping colleague, nor are you saying that your feelings were hurt. (It’s work, not high school.)

The goal is to get out into the open any issues with your performance, your leadership, or the project itself, Hartman said. A strong leader seeks out naysayers and this approach can show how ego-free you are if you are calm and measured: “You will gain strength from this, not appear weaker,” she said.

Once you’ve had a frank discussion, try to deal with the feedback just as if you had received it in an open meeting. Ideally your team will learn that you are forthright about dealing with problems, no matter how you learn about them. As an added benefit, your colleagues are not likely to repeat their mistake.

If you don't feel comfortable speaking up, you will have to pretend you did not hear the conversation. This may impact your ability to be friendly with this colleague, but try at least to be cordial. Similarly, if what you heard was not a legitimate concern with your work, but was instead a snarky comment about you personally, you should treat it just like any other evidence that a co-worker is not a nice person.

Also worth considering: is it ethical for your company to force you into this awkward situation by virtue of how your office is set up. Open cubicles encourage collaboration, but they take away employees’ personal space.

If the company wants to discourage eavesdropping on others’ conversations, management could set aside a few rooms for cube-dwelling employees’ use during the work day. The ability to step behind a closed door for a small meeting, lunch with colleagues, or a discreet call to a doctor’s office will help ensure workers have a place to take conversations that others shouldn’t hear.

There are also lessons to be learned from other cultures. Open-plan offices are the norm in some regions — in Japan, for instance. It’s typical there for employees to duck outside if they need to make personal calls or discuss something sensitive. The advent of texting has also made it easier for them to carry on discussions in silence.

Work Ethic is a twice-monthly column on BBC Capital in which we consider the ethical and interpersonal dilemmas that workers face around the world. We welcome knotty questions from readers at workethic@bbc.com. 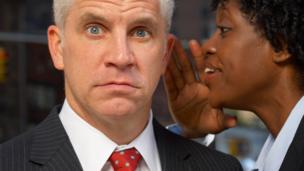 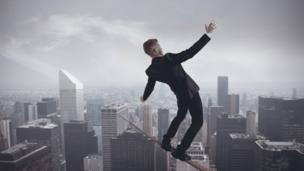 Frosty relations with the boss 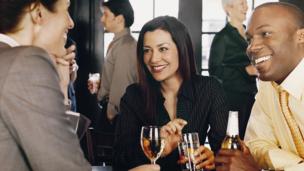 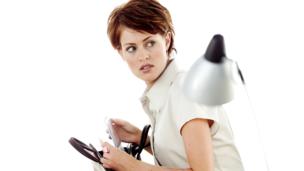