Loading
Managing
Killer meetings, not meetings that kill you
Share using EmailShare on TwitterShare on FacebookShare on LinkedinShare on Whatsapp 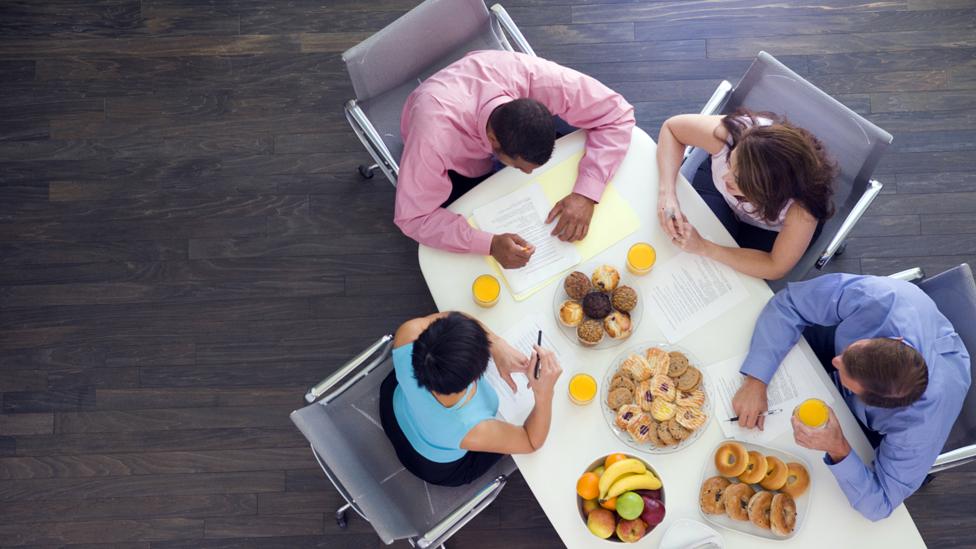 Software developer 37signals in Chicago has figured out a way to prevent time-sucking meetings. It doesn’t have them.

That is, it doesn’t have any meetings that are regularly scheduled. No mandatory weekly staff meetings. No daily check-ins with the boss. Instead, teams meet only when absolutely necessary, usually by video chat, and sometimes with a 30-minute timer running

Jason Zimdars, a 37signals product manager, said fewer meetings allows people to stay on track. That’s because regularly scheduled meetings usually cause an hour of downtime before and after each sit-down, in which nobody feels they can start new tasks.

“Everybody has been in a meeting where they’re not even sure they need to be there or portions aren’t even relevant to them,” Zimdars said from his home/office in Oklahoma. “We don’t have that in this company. If we meet, it’s because it’s absolutely necessary.”

Banning meetings altogether may be a dramatic step, but there are ways to assure that your company never has a bad meeting again. For managers, the art of getting the most out of meetings can make the difference between two hours of wasted time or a 30-minute brainstorm session that turns into innovation.

Whether it’s a one-on-one with a subordinate, a weekly check-up with your team or an important meeting with higher-ups, following a few simple guidelines will make sure your meetings increase productivity, rather than drag it down. Get this right and you’ll have meetings people will actually volunteer to attend — and that will only enhance your value as a manager.

The first step is to “change all the circumstances that can be changed,” said Aline Wolff, clinical associate professor of management communication at New York University’s Stern School of Business. Begin with small things, such as switching up the venue, shortening the length of time, bringing food and focusing more on the purpose of the meeting. For instance, switching from the board room to someone’s office might be enough to change the dynamic of an anaemic gathering.

Then, Wolff said, find subordinates who can lead the meetings for you. “It goes against the very core of our managerial training to relinquish control, but the good managers have redefined what it means to manage,” Wolff said. Sitting on the sidelines also allows managers to focus on what the team is saying, rather than concentrating on directing the discussion.

If all that fails, consider dropping the gathering altogether. Too often companies hold on to weekly team meetings or one-on-ones with the boss, even though nothing productive happens, said Neal Hartman, senior lecturer in managerial communication at Massachusetts Institute of Technology’s Sloan School of Management.

“Organisations become bogged down in meetings, and it becomes difficult for people to get things done,” Hartman said.

Sit-downs with other companies can be impossible to cancel. And for those who conduct business overseas, it’s crucial to have a clear understanding of how different those meetings may be, Hartman said. In Germany and Scandinavian countries, meetings are often run with acute precision and are sometimes just a function of the boss announcing a decision; it’s a process that saves time but often stymies creativity that might come from allowing others to weigh in. In southern Europe, meetings might start late, the boss may breeze in whenever, and coffee breaks may seem too frequent. Appearing impatient may come across as cold.

In some Asian countries, older managers might want a time of reflection during meetings. A suggestion of a new course of action may send that seasoned manager into several minutes of silence as he quietly ponders the idea.

That’s difficult to swallow for North Americans, who often have the need to fill unexplained pauses, Hartman said. Conversely, foreigners doing business in North America need to know that the chatter filling those silent moments is actually considered polite.

“Americans don’t like silence,” Hartman said. “When faced with it, we usually like to fill it, and that’s not always taken as a positive by other countries.”

worklife
1Could Twitter help your workflow?
worklife
2The morality muscle
worklife
3The unexpected key to delegation
worklife
4The stress of working — from home
Around the BBC