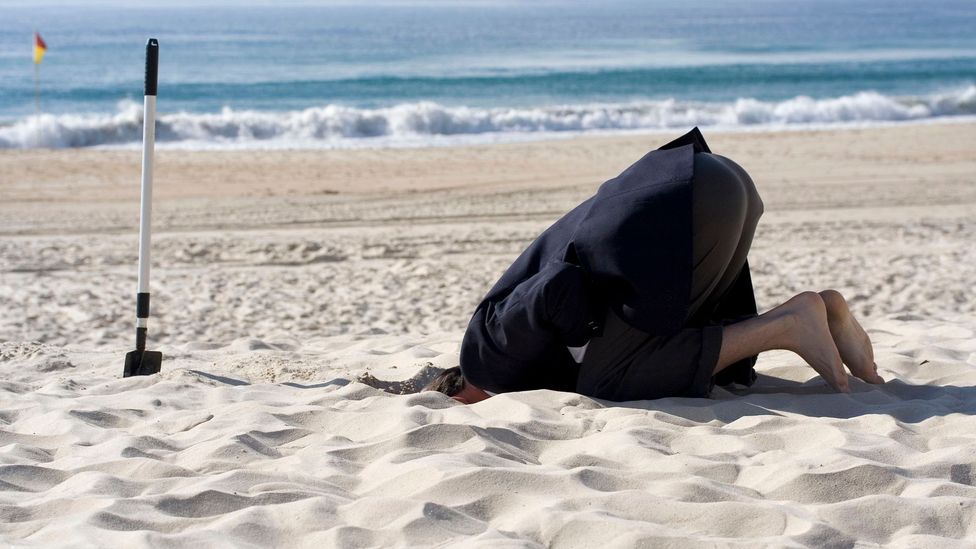 The end of the year is a time to take stock of what has happened, what we learned and what we shouldn’t forget. One way I do this: a compilation of the best and worst CEOs of 2013. First up: the worst chief executives of the year. There are three questions I consider to compile the ranking: – Did the CEO’s company suffer, or is at risk of suffering, a precipitous drop in performance, as indicated by its stock price, cash position, market share, or other key financial metrics? – Was the CEO culpable, in that he or she knew, or should have known, what was going wrong yet was unable to right the ship? – And finally, did the CEO’s actions, or inactions, provide evidence of a significant breach in corporate governance or strategic leadership? These questions eliminate from consideration big failures that were mostly beyond the control of the CEO, or bad performance that was due to industry-wide factors. So who made the list in 2013? Scroll through the images above to see the five worst CEOs, beginning with No. 5. Editor’s note: The opinions in this piece are those of the author. A column revealing the five top executives will follow on 18 December. 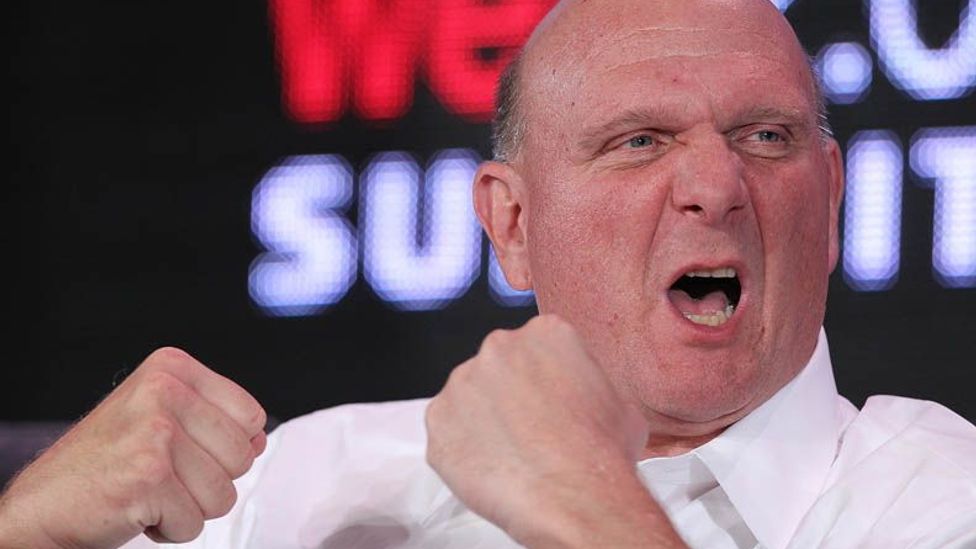 He might be a controversial choice because the company he runs keeps churning out more than $20b net profit a year. But when you look at the assets Steve Ballmer, CEO of Microsoft, was given by company founder, Bill Gates, when he began his tenure in 2000, it is stunning that he has been unable to do more with it. Ballmer was handed an incredible personal computer franchise, a company with huge cash generation from near-monopoly positions — and just at the right time to capitalise on mega-growth in China, India, Russia, Brazil and many other countries around the world. Yet then, as now, Microsoft Office and the Windows operating system account for the majority of the company’s revenues and profits. Ballmer and Microsoft have missed one market shift after another. They are perpetually playing catch-up on music players (Zune to Apple’s iPod), phones (Windows phones to iPhone and Android devices) and search (Bing to Google). Mobile is the biggest example of all, giving rise to thousands of startups creating apps, and challenging established companies to shift or lose. Facebook and Google have shifted and continue to do so. Tencent and Lenovo in China, have, too. Yet Microsoft continues to lag behind. Culture is another big problem at the company. Stack ranking (whereby the top performers get bonuses and the bottom lose their jobs) reduces cooperation and incentives to work with other top performers (because that talent might beat you to the top of the rankings) and promotes conservative decision-making to avoid falling to the bottom. Coupled with a big-company mentality that seeks to protect monopoly positions at the expense of taking sizeable risks to create something new, Ballmer oversaw a classic anti-innovation culture. Even though Microsoft continues to make billions of dollars, that does not mean the CEO is doing an excellent job. Just like big banks make money when interest rates are near zero, so do big companies when they have near-monopoly positions in key markets. But those positions existed before Ballmer started and, in fact, were even more robust under Bill Gates. So, while 2013 might not be Ballmer’s worst year as CEO of Microsoft, it is a continuation of a long pattern. His ranking as No 5 on the Worst CEOs list is something of a lifetime achievement award. He is finally stepping down as CEO. (Getty Images) 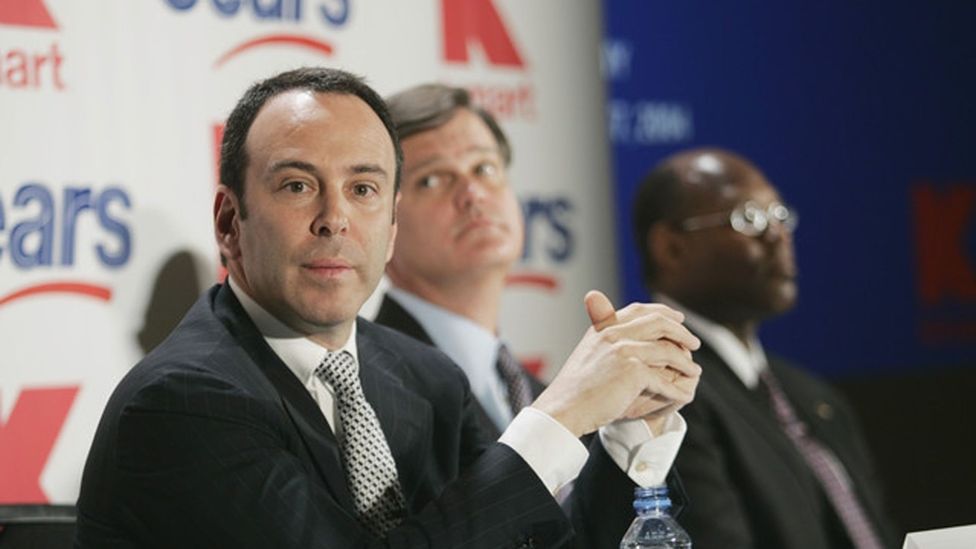 Eddie Lampert is a hedge fund superstar who took US discount retailer Kmart out of bankruptcy in 2003. He subsequently acquired the iconic US chain Sears to form a holding company of last-generation retailers. Despite his financial prowess, or perhaps because of it, 2013 has been a tough year — a continuation of a downward spiral that might end up destroying what is left of a 120-year-old company. The market valuation of Sears Holdings hasn’t declined this year, so one might ask how bad could 2013 have been? Some facts: the comparative Standard & Poor’s 500 increased 29% year to date, so relative stock performance… not so good. Same-store sales (a primary indicator of financial health in the retail sector) were down, even after closing some 300 stores. Add to that 27 straight quarters of sales decline, a net loss of about $800 million through the first three quarters of this year and more than $7 billion in debt obligations against only $600 million in cash. To visit a Sears store is to see a virtual wasteland of space, devoid of the energy and selection that makes customers excited to shop. Lampert has been hands-on chairman of the company since making the deal for Sears in 2005. After running through several CEOs in that time, in February Lampert took on the CEO position himself. His strategy is classic financial management: cut costs, sell off assets and buy back stock. Of course, with share price down 70% from its peak, spending $6 billion to buy back stock over time sounds more like “buy high, sell low” than a world class financial strategy. And none of this has anything to do with merchandising, the heartbeat of retail. In fact, Lampert is the anti-Mickey Drexler, the uber-successful CEO of apparel retailer J Crew: no innate understanding of the business, no merchandising talent and no ability to organise and energize employees. The net result is a failing firm. Unfortunately, a retail store is not a hedge fund, making Eddie Lampert the fourth-worst CEO of 2013. (Najlah Feanny/Corbis) 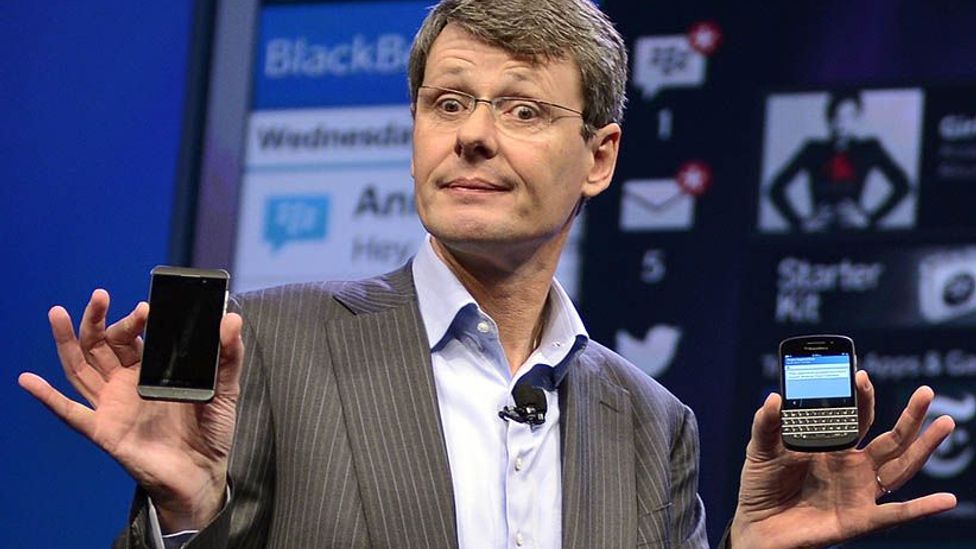 The third-worst CEO of the year came to the job in crisis mode. Mobile phone maker BlackBerry was haemorrhaging after being unable to adapt to the rise of iPhone and Samsung’s Galaxy. When the company’s co-founders finally stepped aside, the new CEO was absolutely critical to the turnaround strategy. While dealt a tough hand, Thorsten Heins made things worse in his short tenure as CEO. It started with the puzzling first public comments Heins made: no drastic changes are needed! It is always critical for a CEO to be an excellent communicator, but even more so in crisis situations, but unfortunately Heins could never command the stage. He was unable to accelerate the development of BlackBerry’s answer to the iPhone, the Z10 and Q10, a necessity given the speed at which Apple, Samsung, and Google were going after the market. He fixated on shipping new phones, but did little to capitalize on the BBM software that gave BlackBerry its original killer app. Losses approached $1b a quarter and thousands of employees were dismissed. The one big opportunity to save the company, even in a diminished form, was to find a suitor willing to buy what was left — exactly what CEOs at Motorola, Ericsson and Nokia had managed to do when the market turned against them. But BlackBerry’s long dance with a Canadian financial institution ended in an investment, but no acquisition. When Thorsten Heins was fired on 4 November, the value of BlackBerry’s stock had declined another 43% for the year and almost 60% under his 22-month tenure. (AFP/Getty Images) 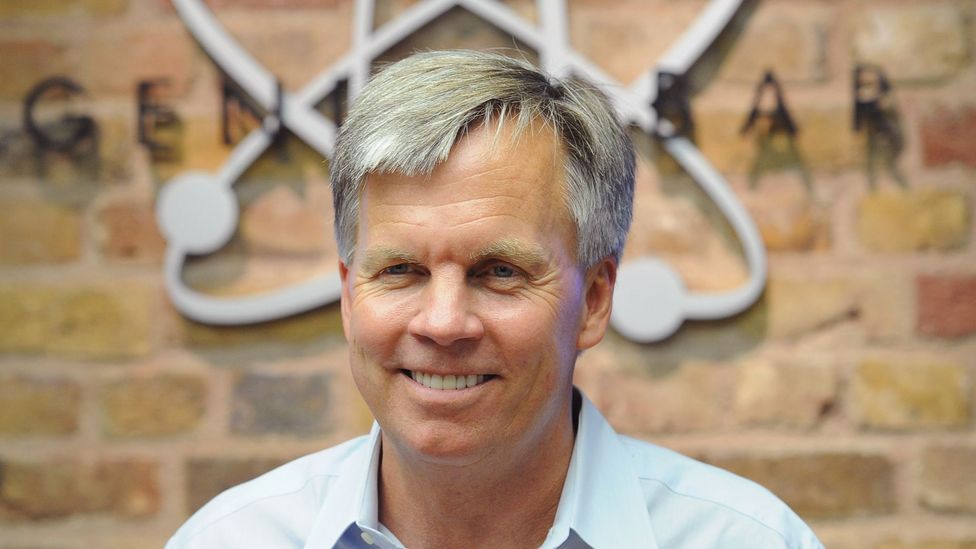 What do you get when a new CEO decides to radically change the entire relationship his 111-year old company has with customers, doesn’t test whether these changes will work before launching them widely and refuses to listen to the many associated risks? You get the second-worst CEO of the year, Ron Johnson, fired in April from US retailer JC Penney after 17 months on the job. Johnson came to JC Penney as the man who helped Apple CEO Steve Jobs create one of the most successful retail store concepts in the world. His goal: adopt the principles of Apple stores — sleek, hip layouts, deep brand connection to customers and higher prices — to what was a mid-tier, relatively unexciting department store chain whose products were hardly differentiated. I need not go much further than that: How obvious is it that Apple is not the same as JC Penney? Johnson came in with a solution to a problem and was hell-bent on implementing it regardless of its relevance and practicality. Customers, who expected discounted apparel and certain other products from JC Penney, voted with their feet. It’s almost as if he decided to fire his own customers. His personal style didn’t help matters. He commuted every week on a company jet from his home in Silicon Valley to company headquarters in Dallas. He barely tried to connect with rank-and-file employees, who found his regular video broadcasts more self-promotional than motivational (for instance, Ron Johnson’s 50th Day at JC Penney), especially when they were taped at his Palo Alto home. And he said aloud that his customers needed to be “educated” about his strategy, rather than the other way around. In the end the short-lived Ron Johnson era at JC Penney will go down as one of the most unsuccessful CEO tenures of the decade: half-billion dollar quarterly losses, double-digit declines in same-store sales, revenue down more than $4 billion, a stock price reduced by 50% and genuine and continuing doubt about the very survival of the company. (Getty Images) 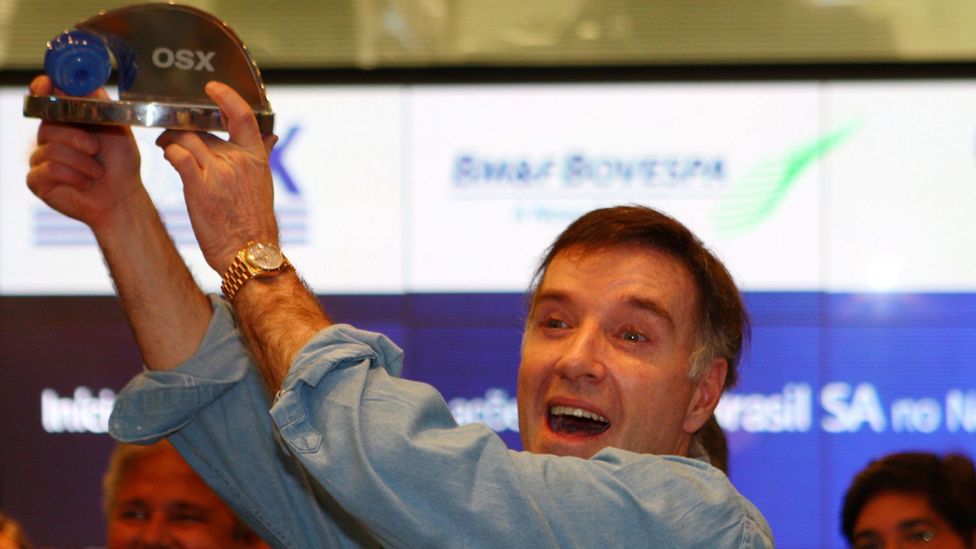 Imagine being one of the wealthiest people in the world (No. 8, with $30b, according to Forbes magazine) and in the space of one year, losing about 99% of that wealth. One way to do that: destroy tens of billions in shareholder value, lead your primary investment vehicles into bankruptcy and set up your entire inter-locking set of companies as little more than a house of cards. Brazilian business impresario Eike Batista made his fortune in gold mines out of Brazil and Canada. Not your conventional business leader, Batista boasted that he “wanted to be the richest man on Earth”. He married a Playboy model, parked his million-dollar car in his living room and was constantly in the spotlight in Brazil. While out-size egos are not an unknown phenomenon among business tycoons, building profitable businesses is the only currency that really counts in this game. That didn’t work out so well. In 2007, he identified what he called a huge opportunity in offshore oil and convinced investors that there were 10b barrels of recoverable oil just off the coast of Sao Paulo, equivalent to 11 years of current Brazilian production. OGX, the company created to exploit the oil, went public with a $4b market cap. Batista exaggerated the size of offshore fields and underestimated the difficulty and cost of extracting oil deposits that rest under salt, sand, and rock. Announcements of massive oil finds, often around the time Batista was raising funds, were followed by months of silence, until the company subsequently announced slashed production estimates. Several other companies — all with an “X” in their names to signify that they were wealth multipliers — were created around OGX to exploit related opportunities, such as the oil platform builder OSX that no longer had a customer once OGX folded. Both OGX and OSX have debts greater than assets today, with stock prices that have dropped 95% on the year. While Batista formally held the chairman position in his companies and not the official CEO title, he was the driving force. But as is often the case when failure becomes so public, he has been busy shifting blame to the various CEOs and turnaround experts he’s brought in over time. In the end, Eike Batista was more a master salesman — he cut his teeth knocking on doors selling insurance — than a master leader. He just didn’t have the ability to lead and manage a complex business. (Getty Images)