Adoption can be as harrowing as it is joyful.

When Karen McIntyre and her husband adopted their son through a Florida agency eight years ago, the costs were significant. After paying for agency and legal fees and for the criminal and child abuse background check, McIntyre, a financial planner in Philadelphia, also had to pay the living costs of the birth mother for about nine months, which included rent, food and utilities.

The final price tag was high, but not a surprise. “The adoption agency was forthright with us, and we proceeded knowing what the range of costs might be,” McIntyre said. “I figured if I was willing to take on debt to buy a $35,000 or $40,000 car that I might own for four to five years, spending an equivalent amount to create a family for a lifetime was nothing.”

The ever-mounting costs for agency fees, travel and even legal counsel, plus the time cost, can add stress and worry to something that should be a hopeful and thrilling adventure.

The prevalence — and relative ease — of adoption varies by location. And in some countries, adoption is on the rise. In India, for instance, adoptions have soared about 60% over the last few years, as the stigma of adopting has decreased, according to the Times of India.

“There were some religious and cultural issues with adoption in India in the past, but those barriers seem to be breaking down,” said Lovaii Navlakhi, founder and chief executive officer of International Money Matters, a financial planning organisation in Bangalore, via email.

No matter where you live, there are a few things you can do to ease the stress, time and cost.

Several trips may be required to the country from which you are adopting, so factor in travel costs. And there are always surprise costs, whether you are adopting locally, or abroad. “My wife ended up staying in Florida until we got approval… to bring the child back across the state line,” said Jeffrey Carbone, a partner with Cornerstone Financial Partners in Cornelius, North Carolina. “She wound up staying seven to 10 days longer than we expected.”

To be safe, add 20% to what you are being told the adoption will cost,  said Christopher Parr, a financial planner in Columbia, Maryland.

How long you need to prepare: In the US, you might need anywhere from 30 days to 120 days to be fully registered with an adoption agency. That’s because you must pull together the requested paperwork — items such as tax records, birth certificates and a marriage license — and typically you will have to undergo a background check.

“The length of time is often dictated by how organised the family is, in terms of gathering documents,” said Shawn Kane, executive director of American Adoptions in Overland Park, Kansas. But, he added, the criminal and child abuse check can take up to 12 weeks.

There is usually a home visit from a social worker — often called a “home study” — to determine whether your living situation is appropriate for the adoption of a child. An agency might also require references from friends and family.

International adoption in the UK takes about three years. For domestic adoptions, it can take even longer because families must often wait for a child to become available in their region. Families must also factor in some time for mental preparation. In the UK, parents can take advantage of a “preparation group,” which helps them learn about life with an adopted child, according to UK site First 4 Adoption.


In Spain, there is an average wait time of about nine years for a domestic adoption since demand is so high, according to Velasco Lawyers, a family law firm in Grenada, Spain.

Do it now: Decide on a budget. Certain choices — about the country you adopt from, or your adopted child’s ethnicity or medical background, for instance — will affect how much agencies charge. Borrowing from a retirement plan or against your home’s equity is not unusual, but consider your own future financial well-being before borrowing from retirement savings.

Decide the type of adoption. Do you want an open or closed adoption? (Meaning that there will be contact with the birth family — or not — after the child comes home with you.) Do you want to know as much as possible about the birth family and the baby’s medical history? (International adoptions can sometimes come with zero information about the baby’s background or birth.)

Get familiar with the laws. For instance, in some US states, once the birth mother legally consents to an adoption, she is unable to change her mind unless a court finds that she signed under fraud or duress, while in other states she may be able to change her mind up to 90 days after signing a consent form. Some states also allow you to pay for more of the birth mother’s expenses, which can increase the cost.

Talk to your employer. “Some of the bigger employers help with the cost of the adoption itself,” said Larry Luxenberg, a financial planner in New City, New York. Perhaps your employer will kick in $5,000 toward your fees. It never hurts to ask.

Get the funds. If you have to borrow money, do it now. “Sometimes there are very pressing deadlines,” Luxenberg said. “You do have to have money available in a liquid form. You might have to pay for a home study or legal fees, and it has to be paid for right then.”

Do it later: Meet with a tax professional. Depending on your country, there may be a tax credit available to cover part or all of your adoption fees. In the US in 2013, that credit is $12,970 and it applies to each adoption attempt, even if it is not successful. Kane suggests finding an accountant who is well-versed in adoption law.

Adjust your estate plan. A new child should trigger a meeting with your estate planner to discuss your will and other applicable documents. Make sure your will contains the right terminology. In some US states, the term “children” in your will applies only to natural born offspring. “You may want to put the word ‘adopted’ in there,” said Carbone. “You want to be clear.”

Do it smarter: Save the baby shower (but do have one!) for after your baby’s birth or the arrival of an older child. That way you will be certain of your child’s age and gender and you will have a better idea of what you might need.

And remember that like any new parent, there’s the potential for depression after your child arrives. It is very normal — for you and your child, if he has been in the care of others before you. An adoption support group — or simply talking to others who have adopted — can help. Do not hesitate to speak to your doctor if the depression lingers. 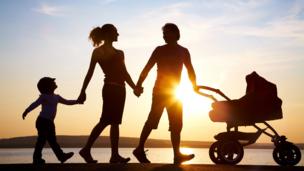 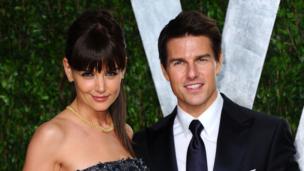 Protect your money during a split 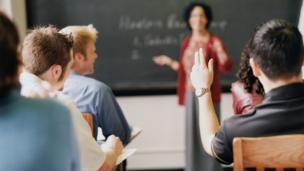 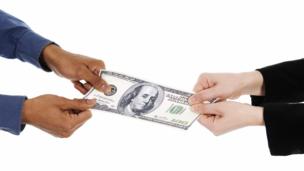 Make it work on a single salary